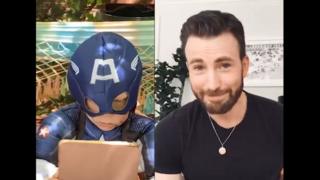 @nicolenoelwalker
Bridger is a big fan of Captain America

Chris Evans who plays Captain America has sent a special message to a boy for being a "hero".

Six-year-old Bridger who lives in Wyoming in the US, stepped in front of a dog to protect his little sister from an attack.

The dog charged at Bridger and his sister whilst they were playing at a friend's house, biting Bridger in the face.

As a result Bridger had to undergo around two hours of surgery and have more than 90 stitches!

The doctors said that Bridger was the "bravest patient" they'd ever had.

Quiz: How much do you know about Marvel and DC superheroes?

Who is the best movie villain of all time? 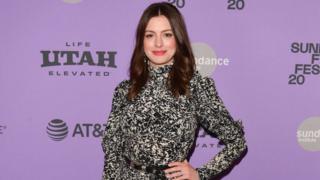 His aunty shared his story online where it was picked up by actress Anne Hathaway who said: "I'm not an Avenger, but I know a superhero when I see one", "I can only hope I'm half as brave in my life as you are in yours, Bridger," before saying: "Hey @markruffalo, do you need a teammate??"

Since then Bridger has received messages from lots of Marvel actors like, Mark Rufflalo, who play The Hulk, Tom Holland, who plays Spider Man, Hugh Jackman, who plays Wolverine, and Chris Evans who plays Captain America. 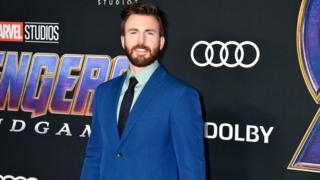 "So I read your story, I saw what you did. Now I'm sure you've heard a lot of this over the last couple of days but let me be the next one to tell you - pal, you're a hero.

"Your sister is so lucky to have you as a big brother. Your parents must be so proud of you."

He promised to send Bridger an authentic Captain America shield, as a way of saying thanks, and said: "Keep being the man you are, we need people like you."