Mason Greenwood: Is the 'next Messi' an English teen from Bradford? 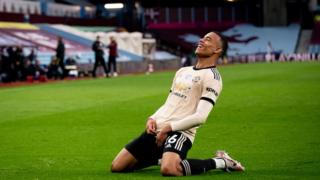 Teenager Mason Greenwood scored his 16th goal of the season for Manchester United against Aston Villa on Thursday night.

The goal puts the 18-year-old second in a list of top scoring Man United teenagers in a season, one behind football legend Wayne Rooney.

Former England striker and Match of The Day host, Gary Lineker says Mason Greenwood is "one of the best finishers I've seen, for someone so young."

But how good is he compared to other young stars around the world?

Found this interesting? Then check these out:

So, just how good is Greenwood?

While Greenwood is still some way off reaching the incredible heights of Messi and Ronaldo, or even Wayne Rooney. The stats are in his favour...

This year can be described as Greenwood's 'breakout' season where he's regularly challenged for a place in Manchester United's first team.

In the Premier League, which is considered to be one of the most difficult leagues in the world, Greenwood has played 27 times this season, scoring nine goals, and there are still four games left to play.

In the year Greenwood was born, Wayne Rooney broke into the Everton first team going on to play 33 times and scoring six goals in 2002/03 season.

While Lionel Messi didn't play regularly in Barcelona's first team until his second season in La Liga, the man considered to be the greatest of all time played 17 times and scored six goals in the 05/06 campaign. 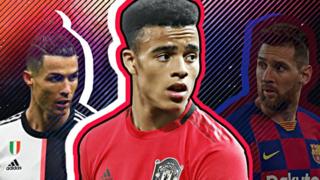 Getty Images
How did it start for Greenwood?

When Greenwood was six he was old enough to play for Bradford-based team Idle Juniors near to where he lived.

In his first match, Idle Juniors won 16-1 with Greenwood scoring all 16 goals, he even made the news in his local newspaper.

He was spotted for Manchester United and went on to join their academy.

Former Manchester United coach Mark Senior says: "He came to our development centre the night his goals from the weekend had made the local newspaper.

"I got there a little bit early and Mason was already there in the car park smashing balls against the wall, with both feet. It was incredible."

Today Greenwood is making headlines around the globe as one of the emerging young footballers in world football.

Gary Lineker says we should be 'excited' about Mason Greenwood, "because he's a very exciting young talent."

"He has bags of potential to be a superstar," Lineker said.