Amazon: UK demand for beef 'contributing to the rainforest burning' 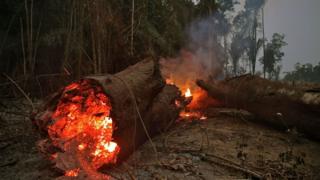 The United Kingdom's demand for beef and soy is causing fires in the Amazon, according to conservation charities.

Brazil is one of the 'riskiest' countries that the UK imports beef, soy, and leather from, say the World Wide Fund for Nature (WWF) and Royal Society for the Protection of Birds (RSPB).

The wildlife groups warned that over of a quarter of the land used to grow products imported to the UK is linked to deforestation, human rights abuses and other habitat destruction.

Brazil is one of the main countries the UK relies on for imported products, but demand for farming land in the South American country is driving habitat destruction, with fires set to clear land for crops.

According to research from Brazil's National Institute of Amazonian Research, 2,248 fire outbreaks were detected in the Amazon in June, the highest number for 13 years, and 36% higher than the average of the previous 10 years.

Martin Harper, director of global conservation at RSPB, said: "If the UK Government wants to be taken seriously as a global environmental leader as host of the COP26 climate summit next year, it needs to urgently take action and introduce new laws to ensure agricultural supply chains are not wrecking the planet."

Almost a third of lemurs are now critically endangered

Sir David Attenborough calls on public to save zoos 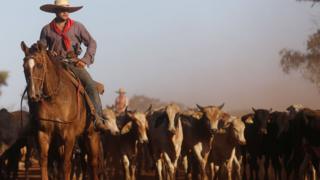 Getty Images
Brazil is the world's largest exporter of red meat and poultry and annually exports more than $12 billion per year. Brazil holds 212 million heads of cattle - the largest herd of commercial cattle on the planet.

Fires and habitat destruction threatens wildlife in Brazil, which is home to 464 globally threatened species.

The fires are also destroying the homes of indigenous communities who live in the rainforests, according to the charities.

They are asking the UK Government to introduce new laws to prevent imports from places that are impacted by deforestation and fires. 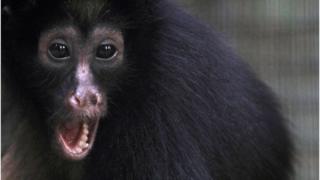 Getty Images
Brazil is home to some of the most endangered animals in the world, including the Black Spider Monkey (pictured)

Mike Barrett, from WWF, said: "These fires are not a natural occurrence in the Amazon - they are set deliberately to burn trees that have been illegally cut to clear the way for agriculture."

"UK consumers should not be forced to unwittingly contribute to the Amazon burning", he added.

Fancy buying your own Scottish island?