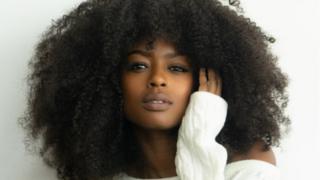 Javicia Leslie has be revealed as the new Batwoman.

She will play Ryan Wilder, a new character who will take over from Kate Kane, who had a secret life as Batwoman.

In doing so, Leslie becomes the first black actress to portray the character in a live action TV show or film.

"I am extremely proud to be the first black actress to play the iconic role of Batwoman on television," said the actress.

Leslie has taken over from actress, Ruby Rose, who shocked fans by announcing her departure after just one series as the caped crusader.

Diversity in superhero films and TV 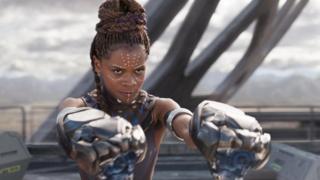 BBC America/Women's Media Center
Tech whizz Shuri was such a popular character in Black Panther, Marvel decided to launch a new comic book series about her

There has been an increased push towards diversity in superhero films and on television.

Black Panther, which prominently featured black characters, was a box office smash in 2018, becoming the first superhero film to be nominated for Best Motion Picture Oscar.

In 2018, actor Shameik Moore became the first black actor to play Spiderman, by voicing the teenager Miles Morales in the Oscar winning animation, Spiderman: Into the Spider-Verse.

Do you think there needs to be more diversity in the superhero world? Would you like to see more ethnic minority characters in superhero stories? Let us know in the comments below.

Sir David Attenborough calls on public to save zoos