Coronavirus: Government offers 50% off at restaurants in August as part of plan to help country after lockdown 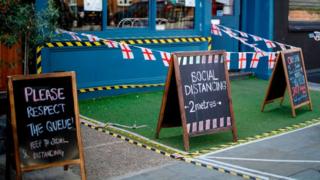 Anyone who goes to a restaurant in August will be given a discount, thanks to the government.

Yes, the government in Westminster is offering to help pay for people to go out for dinner this month.

It's called "eat out to help out" and it offers everyone 50% off - up to £10 for each person - from Monday to Wednesday throughout August.

It's just one of a set of plans the government has announced to help the United Kingdom recover financially from the impact of the coronavirus pandemic.

Other changes include new funding to help young people find work, improving energy efficiency in homes and a cut to the amount businesses pay the government.

Find out more about the latest with coronavirus: 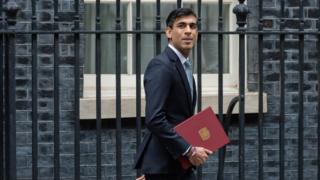 The person in the government who is responsible for the UK's money and spending is called the Chancellor of the Exchequer.

Rishi Sunak, an MP from Yorkshire, currently holds the position.

The Chancellor said that £30 billion would be granted by the government to help tackle the economic effects of coronavirus.

The financial impact of coronavirus

Prime Minister Boris Johnson announced new rules in March which meant people could only leave home for essential shopping, or to care for someone elderly or vulnerable.

Only shops selling really important things like food, medicine and home maintenance items were allowed to stay open - the rest were told to shut. People have been calling this a "lockdown".

This meant restaurants and other non-essential shops were told to shut to the public.

It wasn't until June that many shops and restaurants were allowed to re-open leaving lots of businesses in danger of closing for good.

The voucher scheme was included in this plan as a way of encouraging people to go back to restaurants following lockdown.

Another change was a cut to the amount of money businesses pay the government for products. 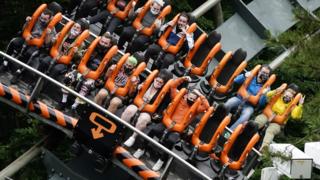 You pay tax when you buy things. You may not realise it, but 20% of the cost of many things goes to the government as VAT (Value Added Tax).

This has now been lowered to 5% for the next six months, until January 2021.

This means, for example, if something cost £1 before, it would now cost 87p.

It means restaurants, hotels and attractions like the cinema could be cheaper for you to go to.

Just like with the voucher plan, it is thought the VAT changes will help encourage people to go out and spend money at businesses who need it.

However, experts think the public might not benefit from VAT changes and that businesses will use the savings themselves to help recover financially.

There's also help for young people who are struggling to find work, including something called a "kickstart scheme" for 16-to-24 year olds. The government has setup a £2 billion fund to pay for six-month work placements.

The government is keen for British homes to become more energy efficient and environmentally friendly so the Chancellor announced vouchers of up to £5,000 to pay towards insulating houses.