People rescued after flooding and landslides in Japan 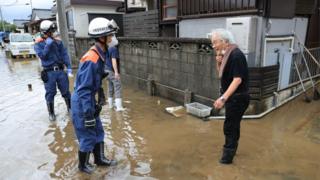 Parts of Japan have been hit badly by heavy rain which has caused flooding and landslides.

Japan is made up of many islands and heavy rain began on Saturday morning in the third largest of these islands, Kyushu, in the south-west of the country.

Thousands of people were ordered to leave their homes and many shelters have been set up for them to stay in.

The coronavirus pandemic, which is also happening in Japan, has meant fewer people can stay in each shelter because they still need to follow social distancing rules.

Cardboard walls have been put up and there is more space between each family within the shelters. 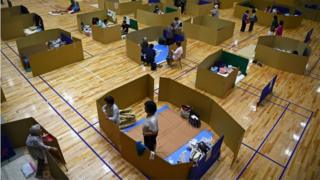 Around 90,000 rescue workers and troops are working hard to reach survivors stranded by flooding and landslides.

The rain has already caused a lot of damage, causing rivers to burst their banks and hillsides to collapse and it's thought 58 people have died because of it. 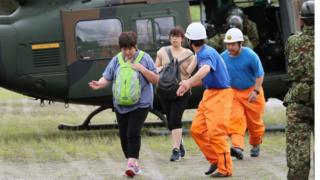 The bad weather is now moving north towards central Japan. In Kyushu, the rain had mostly stopped by this morning.

It's thought the heavy rain will last until at least Friday and a large part of the country is expected to be affected. 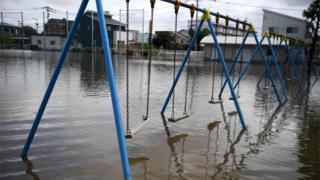 It's summer in Japan, it is currently the middle of its annual rainy season, which often causes some floods and landslides.

Storm Dennis: Why do some places flood?