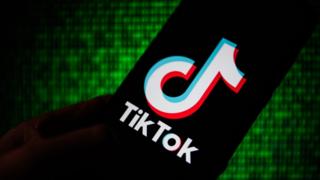 TikTok is pulling out of Hong Kong and could be banned in the US.

The video sharing app is one of the fastest growing social platforms in the world and has been downloaded more than two billion times.

It has also recently been banned in India, along with 58 other apps, with the Indian government saying it is a threat to the country's national security.

TikTok has also recently has been criticised because of data protection concerns.

More than 50 apps including TikTok were found to be recording the text that users have been copying and pasting into Clipboard on Apple iPhones and other devices.

Now the app has withdrawn from Hong Kong and one of America's most senior politicians says they are considering banning it in the US.

No more TikTok in Hong Kong 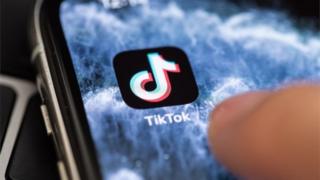 Within the next few days TikTok, will be pulling out of Hong Kong.

This is after China's government announced that is was passing a controversial new security law on 1 July, which would give the government in Beijing more power over the region of Hong Kong.

TikTok told the BBC: "In light of recent events, we've decided to stop operations of the TikTok app in Hong Kong".

The company's announcement came after Twitter, Facebook and WhatsApp said they would not hand over data to the Hong Kong government.

Meanwhile, tech giants like Microsoft and Apple are also reviewing the new law.

The companies are assessing whether the new law could force them to hand over customer data to government authorities.

Find out more about China and Hong Kong here...

What's going on between Hong Kong and China?

What's the history between Hong Kong and the UK?

Why is TikTok getting so much attention over Hong Kong? 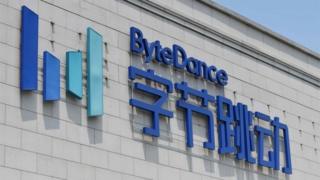 AFP/Getty
TikTok is owned by the company ByteDance

In the past TikTok has been accused of misusing users' data and passing it on to the Chinese government.

In October 2019, TikTok declared: "We are not influenced by any foreign government, including the Chinese government; TikTok does not operate in China, nor do we have any intention of doing so in the future."

TikTok says the data it stores is based outside of China and is not: "subject to Chinese law". This may be the reason it is removing its app from Hong Kong - to ensure that it doesn't have to give information to the Chinese government.

The company which owns TikTok, ByteDance, operates a different app in China called Douyin, which is very similar to TikTok, but complies with Chinese laws around internet access.

What has the US said? 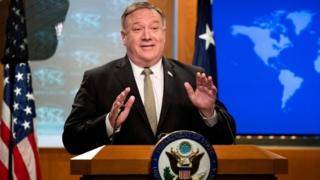 In a recent interview with Fox News, the US Secretary of State Mike Pompeo said that a ban on Chinese apps - including TikTok - was: "something we're looking at".

The Secretary of State is one of the most senior politicians in the country, who works very closely with the President.

A ban could have a huge impact on creators and TikTok houses, like the Hype House and Sway House, whose members earn a living from using the app.

In response to Mr Pompeo's comments, a TikTok spokesperson said: "TikTok is led by an American CEO, with hundreds of employees and key leaders across safety, security, product, and public policy here in the US."

In an official statement TikTok said: "We have no higher priority than promoting a safe and secure app experience for our users. We have never provided user data to the Chinese government, nor would we do so if asked".

TikTok: How creators are using TikTok to help others

TikTok: Did Dance Monkey and Old Town Road get big because of the app?

173 comments
Back to top
unknown