Coronavirus: What's the latest on shielding? 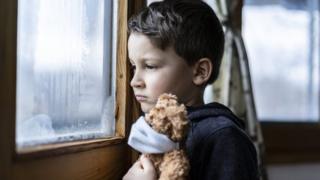 More than two million people in the UK have been shielding since March when lockdown first began.

Those who are shielding are at greater risk of getting ill from the coronavirus because of their medical conditions and they've had to stay indoors for most of lockdown to make sure they remain protected.

Last month, the government announced that people who've been shielding in England will no longer need to from 1 August.

The government is now beginning to relax some of the rules around shielding before it officially comes to an end later this month.

Want to know more about shielding?

What is a support bubble?

What is social shielding?

Changes to shielding in England

What changes have been introduced?

Those who are shielding in England can now meet with up to five other people outdoors. These can be people from several different households as long as social distancing rules are followed.

Single adults who live alone or who have children under 18 can also form support bubbles with one other household from today. People in the same support bubble are able to visit one another's houses and they can also spend the night without having to social distance.

What are the shielding rules in the other nations?

The current rules in Wales are a little different to those in England. The 130,000 people who are shielding there can meet with one other household outdoors in their local area. However, they aren't allowed to go into another's person's home or share food with them.

Those who are shielding in Wales can also exercise outdoors as much as they like, although they're advised to follow social distancing rules and good hygiene practice.

The current guidance in Wales will remain in place until the 16 August.

Around 180,000 people are currently shielding in Scotland. Under the Scottish government' guidelines, those who are shielding should stay at home as much as possible and they should only go out for exercise or to meet people from other households outside.

People shielding also need to keep a distance of two metres away from others including members of their own household.

The current rules will apply until at least 31 July.

Those living alone can form support bubbles with another household and they can spend the night too.

Shielding is expected to be paused in Northern Ireland from 31 July.

Are you currently shielding? What do you think about the changes to the rules and how do you feel about shielding ending? Let us know in the comments.

Coronavirus: Can kids in Scotland and Wales now hug their grandparents?