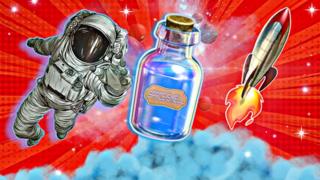 Would you like to wear a Pluto perfume or a cosmic cologne? Perhaps an essence of asteroid is more to your liking?

Well those dreams might be one step closer to reality, because Nasa's smell of space is being launched as a perfume.

Nasa first wanted to bottle the smell of space over a decade ago. They thought that if they could expose astronauts to what space smelt like they'd be better prepared and not surprised by the experience when they finally got up there.

But what does space smell like, and how on earth do you recreate it?

The first thing you need to know is that it turns out space is pretty smelly!

Back in 2008 Nasa contacted a chemist called Steve Pearce, who started work to develop the fragrance.

Using details from astronauts who described the space smell, Pearce used his knowledge of fragrance chemistry to produce perfumes that matched those descriptions.

Now a company is trying to sell Steve's space smell, hoping to raise enough money to release the perfume called Eau De Space for general sale, so we can all experience the unique smell for ourselves. 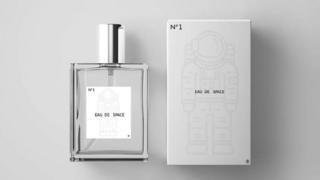 Eau de Space
So what does space smell like?

The company making Eau de Space say astronauts have described the scent as a mix of fireworks, steak and raspberries. Nice.

On their website the company says: "Decades ago, Nasa contracted specialists to develop the 'smell of space' to help train astronauts before launch into orbit.

"Nasa's goal of simulating space during training is to eliminate any surprises Astronauts might experience in Outer Space."

The company claims the recipe for the smell has been protected by the government, being "locked behind "Need to Know", Astronaut only field training, and Red Tape for years."

"Through shear determination, grit, a lot of luck, we got it out," they say.

Do you want to know what space smells like? Do you want to wear a perfume that smells of fireworks, steak and raspberries? Let us know in the comments?