Microplastics: Is there plastic in our fruit and veg? 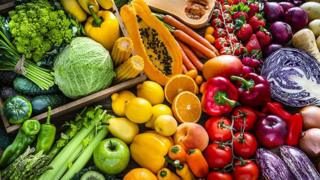 Environmental campaigners have called for urgent action after a study found microplastics in fruit and vegetables.

Researchers at a university in Italy discovered tiny plastic particles in things like lettuce, broccoli, potatoes, and pears.

The study, published in the Environmental Research journal, discovered that Apples and carrots were found to have the highest levels of plastic particles in them.

Researchers believe it is due to something called precipitation, which is the release of water from the sky, basically: rain!

Microplastics in our ocean get picked up in our clouds, then they fall back to earth in rain, where they are sucked up by the roots of plants.

Why it's snowing plastic in the Arctic 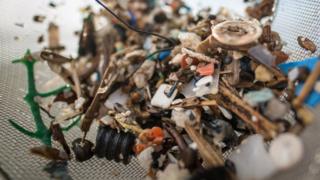 The scientists found that fruit had a higher level of microplastics, than vegetables. They think this could be because fruit trees are older and have bigger and deeper roots.

Another study published in Nature Sustainability from researchers in China and the Netherlands showed that microplastics can be absorbed by the roots of lettuce and wheat crops, and transported to the edible bits above ground.

However, researchers did say that the levels of microplastics found in fruit and vegetables were less than those found in water from a plastic bottle.

Microplastics are small pieces of plastic that are less than 5mm in length.

Microplastics happen when bigger bits of plastic - such as bottles, bags and containers break down in soil or in the sea and pollute the environment.

"What we need to find out now is what this is doing to us."

Currently, we don't know what effect eating microplastics has on human health, but this research has been described as "worrying".

Both studies have been shared with the Plastic Health Coalition ahead of a big environmental meeting in Amsterdam, in April 2021, which will look into the relationship between plastic and health.

Brits Boulter, Broady and Watson all win matches at Wimbledon