EndeavorRX: The video game doctors can prescribe to help with ADHD 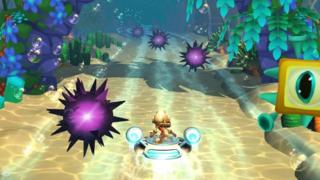 A new video game called EndeavorRX has become the first video game that can legally be marketed and prescribed as medication in the United States.

It's been made by a company called Akili Interactive, which combines science and technology to reinvent traditional medicine.

The game is designed for children between the ages of eight and 12 who have inattentive or combined-type ADHD.

The game went through six years of clinical trials and studies with more than 600 children to figure out whether a game could actually make a difference.

"The EndeavorRx device offers a non-drug option for improving symptoms associated with ADHD in children and is an important example of the growing field of digital therapy and digital therapeutics," said Jeffrey Shuren from the US Food and Drug Administration (FDA) which gave permission for it be used as a treatment.

ADHD stands for Attention Deficit Hyperactivity Disorder, and is one of the most common behavioural disorders in the UK.

It's a medical condition that affects someone's attention and self-control.

People who have ADHD can have a harder time staying focused, it might make them more fidgety, and they might find it more difficult to control their behaviour than others their age.

How does EndeavorRX help with ADHD?

A study published in a health journal said that after four weeks of EndeavorRx treatment, one-third of children had seen an improvement in how well they could concentrate.

About half of parents said they saw a clinically meaningful change in their child's condition day-to-day after one month of treatment with EndeavorRx, and this increased to 68% after a second month of treatment.

After a month of treatment, the improvement in the child's condition lasted for up to a month.

The game can be played on iPhone and iPads.

Marcus: How ADHD affects me and why being different is good

Marcus Rashford reveals he is engaged!