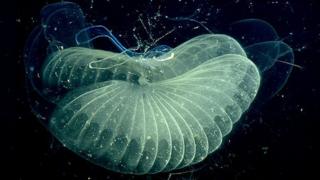 Yes, they are exactly what you're thinking - 'snot palaces' refer to mansions made from mucus!

They're made by sea creatures called giant larvaceans, which look a bit look like see-through tadpoles.

These creatures are only about five inches long but have a very cool way of making homes that are a lot bigger than they are.

Why are so many sea creatures leaving their homes?

The larvacean's build them in miniature size and inflate them almost like a balloon until they're more than three feet (around 90 cm). Compared to their size, that's about as big as a five storey building.

They don't just live in them either, these 'snot palaces' help protect and feed the larvaceans by capturing floating bits of food.

These structures are very delicate, so until recently scientists found them hard to study.

Now scientists have found a way to understand how they're made, by mounting lasers on to an underwater robot.

Scientists published their research in the journal Nature, and say studying them could be very useful for science and technology.

"It could be the most kind of complex structure that an animal makes," said Dr Kakani Katija, a bioengineer at Monterey Bay Aquarium Research Institute said.

"It's pretty astonishing that a single animal is able to do it." 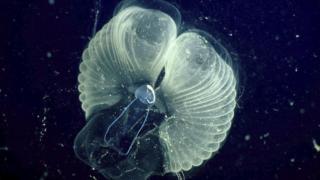 The larvacean pumps water through the structure using its tail, and can filter almost a hundred litres of seawater every hour.

When the structures of the 'snot palace' get clogged, they build a new one, usually every day or so.

The process has been compared to how a spider builds its web, but larvaceans only have a head and tail to use, compared to a spider's eight legs.

The old 'snot palaces' become a source of food for other sea creatures. 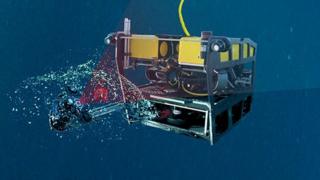 There are environmental benefits, with the old snot palaces dropping millions of tonnes of carbon to the sea floor, where it stays, preventing further global warming.

They also take microplastics out of the water column, discarding it on the sea floor.

The scientists say that learning how the larvaceans build their structures could also help humans design better filters and lead to innovations in 3D printing.

They hope they could even inspire Nasa engineers to one day build expanding homes on Earth, the Moon or Mars.