If you haven't heard about Captain Tom and his amazing fundraising efforts, then where have you been?!

But Captain Tom isn't the only person who's been using his time during lockdown to achieve something special.

From raising money for charity, to starting new trends and learning new skills, lots of people have been using the time to make a difference.

Let's meet a few kids who've achieved amazing things - and let us know in the comments if you've done something amazing during lockdown too! 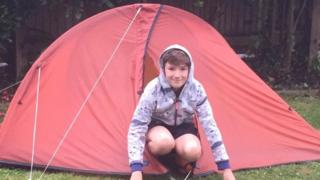 The 10-year-old has been sleeping in a tent in his back garden since lockdown began to raise money for a local charity North Devon Hospice.

Max began his campout on 28 March - just five days after the UK entered coronavirus lockdown - and he hasn't missed a night since.

He's even stayed out in heavy rain and thunderstorms and has so far managed to raise more than £8,000.

Max decided to sleep in a tent given to him by neighbours Rick and Sue who died earlier this year. 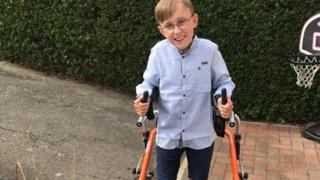 Tobias has been called Captain Tobias by his friends after completing the "ginormous challenge" of walking 26.2 miles using a walker.

He's completed the challenge, which is the same distance as a marathon, over 70 days on the street outside his home.

The nine-year-old from Sheffield is autistic and has cerebral palsy - that's a condition which means his brain has trouble communicating with his muscles, making it difficult to walk.

So far he's raised more than £100,000 for Sheffield Children's Hospital and his school. He was originally aiming to raise just £500!

Tobias has been described as "incredible" and "an inspiration" by celebrities and sports stars, who have sent him messages of support. 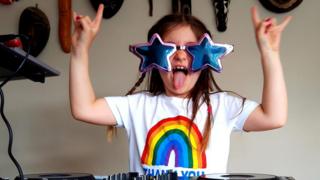 Lot's of you been learning new skills during lockdown, including seven-year-old Amelie.

Her step dad Steve has been teaching her how to DJ using his decks and equipment. She's even done her first show - a virtual gig for her friends and family!

She didn't know women could be DJs until her dad told her about famous female DJs including Lauren Laverne, Annie Mac and Mary Anne Hobbs.

Amelie decided to make a special radio mix for BBC Radio 6 Music and Mary Anne Hobbs played it on her show. 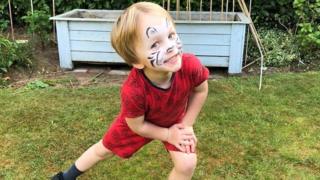 Teo, aged 5 (and a quarter!), loves running and missed doing his normal Sunday ParkRun - so started his own in his back garden.

He's been running one kilometre (km) every day to raise money for the Unicef Coronavirus Fund to try and help children all over the world.

He's called it HomeRun for Children and wants other kids to get involved too. Those who take part have to run one kilometre, donate £3 and then nominate three friends to do it.

Now they are some pretty impressive lockdown achievements, but we also want to hear about what you've been up to. Whether it's learning a new skill, fundraising, or helping out at home or in your community- tell us in the comments below!

Coronavirus and school: How are you keeping in touch with your teacher?