Wildlife conservation: More than 500 animal species 'on brink of extinction' 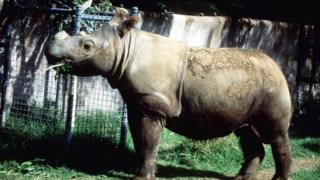 More than 500 species of animal could become extinct in the next 20 years.

That's according to a group of scientists who have warned that if we don't step up conservation efforts, then we could lose some species in the wild for good.

So why is this happening and what can we do to stop it? 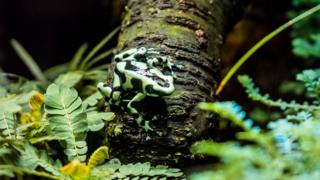 Getty Images
Harlequin Frogs live in Costa Rica and are critically endangered!
What have the researchers found?

The new study in the journal Proceedings of the National Academy of Sciences comes from scientists at the universities of Stanford and Mexico City.

During their research they say they found 515 out of 29,400 species analysed are on the brink of extinction.

They warn of a "catastrophic ecosystem collapse", meaning the extinctions could have repercussions on the entire environment of Earth.

The animals that could become extinct are mainly from tropical and subtropical places like South America and eastern Australia.

According to the scientists, many of these changes have been caused by human behaviour such as wildlife trading, poaching, habitats being destroyed, pollution and climate change.

They also suggest that more than 237,000 populations of mammal and bird species on the brink have vanished since 1900.

What types of animals are in danger? 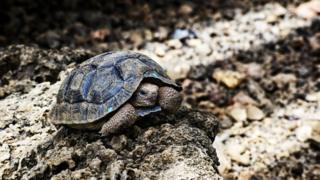 The kind of animals these researchers have studied are called land-based vertebrates.

This means they are either amphibians, fish, reptiles, birds, or mammals.

The researchers found that the Sumatran rhino, the Clarion island wren, the Espanola Giant Tortoise and the Harlequin frog were among those threatened with extinction.

More than 400 vertebrate species became extinct in the last 100 years - extinctions that would have taken up to 10,000 years in the normal course of evolution, the researchers said.

"The conservation of endangered species should be elevated to a national and global emergency for governments and institutions, equal to climate disruption to which it is linked."

Well, it's not too late! Experts have suggested that we can stop these animals going extinct, by making some changes.

This means that if more was done to help the animals in danger and we worked more on climate change and pollution we could save a lot of these animals!

We need to work together to save their habitats and keep slowing climate change.

"What we do to deal with the current extinction crisis in the next two decades will define the fate of millions of species.