Pride: What is it and why do people celebrate it? 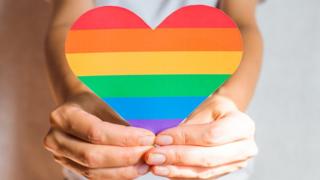 June is Pride month - a month dedicated to celebrating LGBTQ+ communities all around the world.

And this year, Pride is having a special celebration as it is 50 years old.

Find out more about what Pride is all about, and how it is celebrated below...

Want to know more about Pride?

What is Pride month? 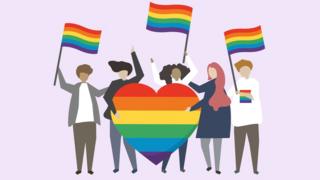 Pride is celebrated in the month of June, as that was the month when the Stonewall riots took place.

The Stonewall riots were important protests that took place in 1969 in the US, that changed gay rights for a lot of people in America and around the world.

Pride is a celebration of people coming together in love and friendship, to show how far LGBTQ+ rights have come, and how in some places there's still work to be done.

LGBT+ stands for lesbian, gay, bisexual and transgender. The + is an inclusive symbol to mean 'and others' to include people of all identities.

Pride month is about acceptance, equality, celebrating the work of LGBTQ+ people, education in LGBTQ+ history and raising awareness of issues affecting the LGBTQ+ community.

It also calls for people to remember how damaging homophobia was and still can be.

Pride is all about being proud of who you are no matter who you love.

An American lady called Brenda Howard is known as 'The Mother of Pride' after organising the first ever gay pride march. 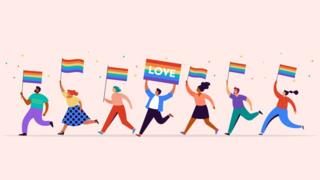 During Pride month there are usually colourful parades, concerts and marches.

Global Pride Day is 27 June and as with last year there are plans for live streams of concerts and showcases celebrating pride.

The suggestion to call the movement 'Pride' came from L. Craig Schoonmaker who in 2015 said:

A lot of people were very repressed, they were conflicted internally, and didn't know how to come out and be proud. That's how the movement was most useful, because they thought, 'Maybe I should be proud.

12 LGBT icons from history you should know about