Coronavirus: Which shops will open on 15 June? 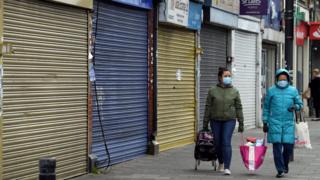 Non-essential shops will open again on 15 June, as part of new lockdown plans.

UK Prime Minister Boris Johnson made the announcement, saying that things like clothes shops and markets can re-open again soon.

He also said there would be new guidelines in place to help protect shop workers and customers from coronavirus.

He added: "I want people to be confident that they can shop safely, provided they follow the social distancing rules for all premises."

Government scientists publish advice on going back to school

What will open on 1 June? 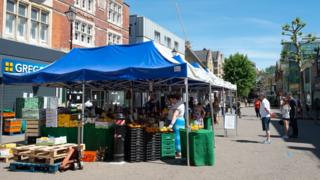 Outdoor markets and car showrooms will be able to open again from 1 June.

Some schools will also re-open in England from 1 June.

Clothing stores, shoe shops, phone and charity shops will be allowed to open again from June 15.

Gift shops inside theatres, museums, libraries, heritage and tourism sites will also re-open their doors to the public again. 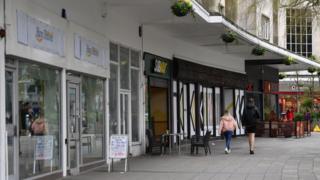 Food sellers and indoor markets will also re-open on 15 June.

In the government's new guidelines it recommends limiting the amount of people allowed into shops, so that proper social distancing can be followed, as well as increased hand washing or sanitising stations.

What will remain closed?

Places like pubs, cafes, bowling alleys and the cinema will remain closed until further notice.

As well as things like gyms, football matches and theatres.

This is likely because these venues attract lots of people in a confined space, meaning it might be easier for the virus to spread.

What is there to look forward to this autumn?

What's 'ghost gear' and how is it affecting sea animals?