Coronavirus: Government scientists publish advice on going back to school 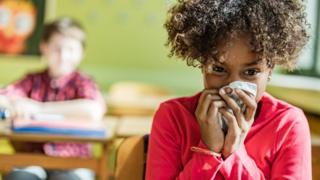 Research on whether it's safe for children to go back to school has been published by an important group of scientists advising the government.

The scientific advisory group, known as Sage, says the risk of children catching coronavirus while back at school is "very, very small, but it is not zero".

The group also said that there is not a higher risk to teachers compared to other adults going back to work.

The details of the scientific research comes after the UK government announced that schools in England would reopen from next month.

Schools could start to go back in June, PM says

Children in Scotland won't go back to school until August

Send in: We want your questions about school for the man in charge of them

Five things to know about the government's new lockdown rules

One study by University College London and the London School of Hygiene and Tropical Medicine showed children are half as likely to be infected and because fewer kids have the disease, they are less likely to pass it on.

However, evidence is still unclear on whether kids who do catch coronavirus are more, or less, likely to pass it on to someone they come into contact with.

This means it's difficult for scientists to know if going back to school is going to increase the numbers of people - adults and children - who have the disease again.

What did Sage advise?

The scientists at Sage looked at seven different ways in which school might reopen. They included putting all primary schools back at the same time, or having half a class in one week and half a class the following week, for example. They then worked out the risks of each one.

Boris Johnson's government decided to use a mix of these different ways in its plan to reopen schools in England.

The research showed that opening nurseries and reception classes would have a smaller effect on the spread of the virus than primary schools.

They also advised that opening lower year groups would have a smaller effect on the number of coronavirus cases among all people than opening secondary schools.

They suggested pupils coming into school on different weeks would be a good way to stop the spread of the disease.

However, the group of experts said that hand washing and social distancing was still the most effective way of controlling coronavirus.

The government announced last week that Reception, Year 1 and Year 6 will go back to school from 1 June. 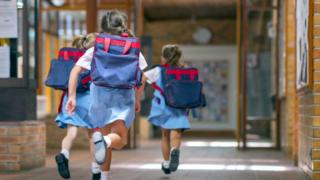 There have been lots of arguments following the government's plans to reopen schools with some teachers saying it is unsafe.

A different group of scientists called Independent Sage have said schools should not re-open until there is the ability to track the spread of the virus.

Sir David King, who leads Independent Sage, said: "It is clear from the evidence we have collected that 1 June is simply too early to go back."

Prime Minister Boris Johnson has claimed that the government will be able to track 10,000 new coronavirus cases a day from the 1 June.