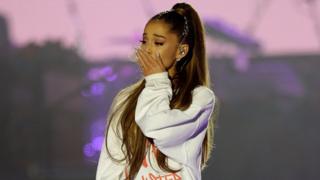 Ariana Grande has spoken publicly about the third anniversary of a terrorist attack at her concert in Manchester.

"Not a day goes by that this doesn't affect you and all of us still," the 26-year-old wrote.

The singer also referred to the "the sadness and tremendous heaviness" of the third anniversary of the attack following her concert, which killed 22 people and injured several others.

An emotional Ariana Grande speaks about the Manchester attack

Two weeks after the bombing, Grande returned to Manchester to perform at the One Love Manchester concert. The event featured stars including Justin Bieber, the Black Eyed Peas, Coldplay, Liam Gallagher and Katy Perry, raising millions of pounds for victims and their families.

Posting on her Instagram, the 26-year-old wrote: "I will be thinking of you all week and weekend. My heart, thoughts and prayers are with you always."

Due to the coronavirus lockdown, tributes in Manchester will be different this year, as people have been asked not to come together in remembrance.

However, a service at 9.30am and 4.30pm from Manchester Cathedral will be broadcast live on Facebook, with those watching invited to light a candle as a personal way to remember.

The Cathedral bells will also chime 22 times to remember those who lost their lives.

Along with the virtual ceremony, plans for a permanent garden memorial to the 22 victims has been unveiled.

The memorial, called Glade of Light, includes a circle or 'halo' made from stone that includes names of the people who died. Within the memorial there will be personalised memory capsules with memories provided by their family and friends. 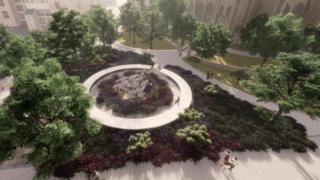 The memorial is designed to be a space for people to use for some quiet time with their own thoughts.

Sir Richard Leese, the leader of Manchester city council, said: "Manchester will never forget the terrible events of 22 May 2017. Those who were killed, those who lost loved ones and all those whose lives changed forever that night are forever in our thoughts.

"We will be thinking of them on 22 May and, importantly, plans for a permanent memorial, a tranquil space for contemplation which can be used year-round, are progressing well."