Check out these creative ways of social distancing

Under social distancing guidelines, to help prevent the spread of coronavirus, everyone has been told to stay at least two metres apart.

Although the rules in every country are slightly different, social distancing in some form or another is in place all around the world.

Here are some of the most creature ways people have been making sure they don't get too close together.

What is social distancing?

Five celebs smashing the Wipe It Down challenge 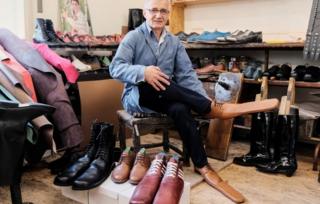 A Romanian cobbler, which is another name for shoemaker, has come up with a unique way of keeping people apart.

Grigore Lup, from the Transylvanian city of Cluj, noticed people were not respecting the rules of social distancing.

So Lup started to make long leather shoes to make sure people followed social distancing. They come in a European size 75, which is a UK size 31! 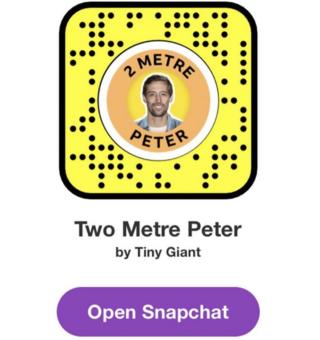 Yes, if you imagine the retired footballer Peter Crouch lying on the floor, you could stick to social distancing rules if one person stood by his feet and another person stood next to his head.

But now you don't need to imagine Peter Crouch lying on the floor, because soon a new Snapchat filter called 'Two Metre Peter' made by BBC Creative, means you can use Crouch to make sure people stay far enough away. 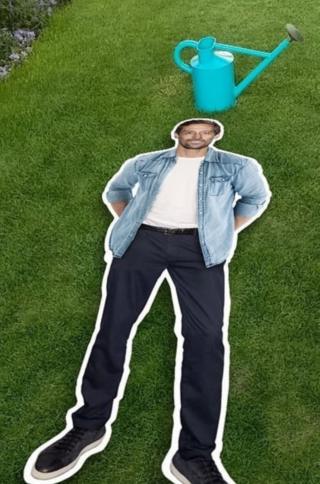 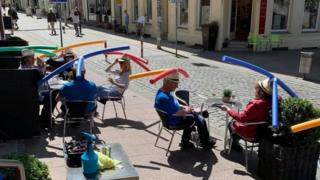 A Café in the city of Schwerin in German TV celebrated its reopening by giving customers these special hats to help with social distancing.

The straw hats have a pool noodle on the top to make you more aware of how close you are to other people.

They were more of a gimmick than an actual rule by the cafe, but they certainly are eye-catching! 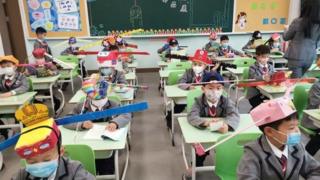 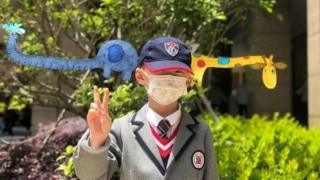 Each student made their own hat to make sure they were staying far enough apart from their friends.

This boy attached cardboard to his cap, but others were even more creative making hats out of balloons. 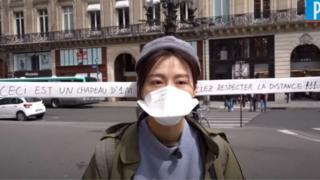 A woman living in Paris has created her own social distancing hat to wear in the street to stop people getting too close.

She has taped a one metre sign to the back of a cap which reads "Ceci est un chapeau d'un mètre, veuillez respecter la distance", which in English means: "This is a one-metre hat, please respect the distance". 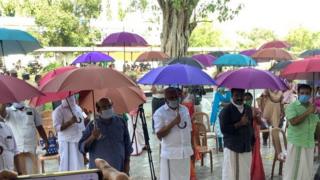 An Indian politician shared this picture showing how umbrellas are being used to ensure people stay a safe distance apart.

In some areas it has been made compulsory that everyone carries an opened umbrella when they leave their house.

Two opened umbrellas, not touching each other, helps to make sure people stay a minimum distance of one metre from one another.

Coronavirus: Could sniffer dogs soon be used to test people?

Coronavirus tests: What are antibodies and how could a test help life go back to normal?

43 comments
Back to top
unknown

Your message to world leaders on World Environment Day

Who won the Women's Super League?