Moths are more useful than we thought! 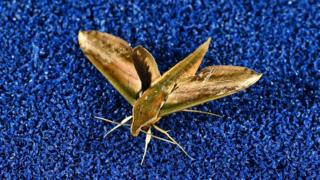 Moths have an important job in transporting pollen between flowers and plants during the night, scientists have found.

Moths are often seen as a bit annoying, but turns out they're very useful in nature.

They transfer pollen over a large area, and between different plants, during the night. Even more than other pollinators like bees.

Which other animals 'social distance'?

Moth numbers have dropped a lot since the 1970s, mainly because of changes in land use and more pesticides being used.

Bee numbers dropped for similar reasons, but Dr Walton says, because we know more about bees and see them often, more is done to protect their numbers.

"We just see bees in the daytime and we see them visiting the flower so they've got the better shift when it comes to work, in terms of being visible," says Dr Walton. "But moths are by no means less important."

Coronavirus: Which other animals 'social distance'?