Devolution: Why are there different rules across the UK? 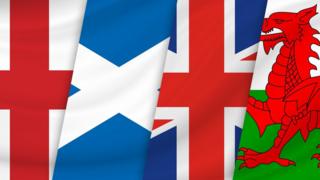 The United Kingdom is made up of four countries: England, Wales, Scotland and Northern Ireland.

For many years those four countries were run by the British government, based in Westminster, in London. But the way the UK is run was transformed by a process called devolution.

It has allowed for many powers to be passed from the central UK parliament in London to elected groups in Cardiff, Belfast and Edinburgh.

More about how the UK is run

How do you become a Member of Parliament?

When did devolution begin?

Public votes were held in 1997 in Scotland and Wales, and a year later in both parts of Ireland (where it was part of the Good Friday Agreement that ended a period of conflict in the region called the Troubles).

This resulted in the creation of the Scottish Parliament, the National Assembly for Wales and the Northern Ireland Assembly.

However, they don't all have the same powers over their individual regions. Each political body shares power with the UK government in London in a different way. 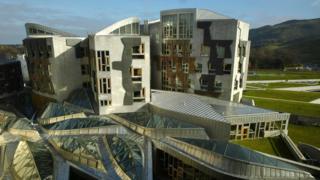 The Scottish Parliament is run from - or sits - at Holyrood in Edinburgh.

It is made up of 129 elected Members of the Scottish Parliament (MSPs), who discuss and pass laws on the various areas where it has been given responsibility.

Scotland's parliament has control over things like health and policing, which means the country has its own approach to managing things like the coronavirus outbreak.

Main powers of the Scottish Parliament

Justice, policing and courts, including speed limits and railway policing*

* Scotland has always had its own legal and education system

A major shake-up to the parliament came after 2014's Scottish referendum. Although voters decided 'No' to full independence from the UK for Scotland, the period leading up to the vote led to more talk over what Scotland should be able to decide for itself.

This eventually resulted in more powers being passed from the UK government to the Scottish Parliament.

The Scottish National Party (SNP), which has formed the Scottish government at Holyrood since 2007, maintains that these powers are still not enough and continues to argue for full independence. 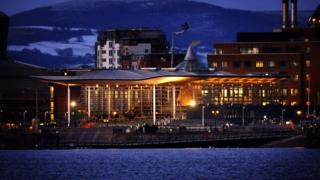 The National Assembly for Wales sits at the Senedd building in Cardiff Bay.

It is made up of 60 elected Assembly Members (AMs).

The Welsh government, which is in charge of day-to-day running of the assembly, is led by the First Minister of Wales.

Main powers of the Welsh Assembly

The Assembly has control over public services such as health, education and local government.

It can also make laws relating to ancient monuments and historic buildings, public administration, sport and recreation, tourism, town and country planning, flood defences, the assembly itself, and the Welsh language. 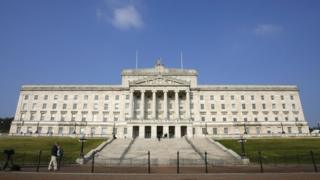 The Northern Ireland Assembly sits at Stormont in Belfast, and is made up of 90 elected Members of the Legislative Assembly (MLAs).

The power-sharing agreement between the nationalist and unionist communities in Northern Ireland is vital to the running of the assembly. It ensures that the government's power is shared between two different political parties.

The First Minister and Deputy First Minister lead the government - one representing each of the two parties in power. Although they have different job titles, they have the same powers and must work together. Together, they are referred to as the Northern Ireland Executive.

Northern Ireland's government was dissolved for three years after the two governing parties - the Democratic Unionist Party (DUP) and Sinn Féin, who represent the two sides of the community - fell out with each other.

But in January 2020, the two parties re-entered the devolved government after agreeing to work together again.

Devolution here is slightly different to Scotland and Wales, with government powers divided into three categories: transferred, reserved and excepted.

Transferred powers are areas that have been given to the Northern Ireland assembly to legislate - or make laws - about.

Reserved powers, which could be transferred in the future with cross-community support, include prisons and civil defence. They are, however, currently legislated on by the UK government. This means these powers currently sit with the UK government, but could be transferred to the assembly if politicians in Northern Ireland decided together to take these powers from Westminster.

In addition to the main devolved powers, the assembly can also make laws on culture, arts and leisure, learning and employment and regional and social development.

Which powers still belong to the UK government?

The UK government, led currently by Prime Minister Boris Johnson in London, is responsible for making decisions on all national powers which have not been transferred.

These are known usually as "reserved powers" and include foreign affairs, defence, international relations and economic policy.

Social security (devolved in Northern Ireland and partly in Scotland)

The UK parliament is responsible for all matters in England.

But, there have been calls for England's cities and regions to be given more powers just like Scotland, Wales and Northern Ireland.