Sea turtles: Why lockdown is great news for these endangered animals 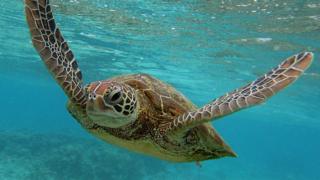 People right across the world are currently in lockdown and the changes are having a big impact on wildlife.

Many countries have noted that the number of sea turtles, which are an endangered species, are currently on the rise.

This is because there are fewer people visiting beaches at the moment. As a result, there's been less disruption to the reptiles and there's also a lot less waste being left behind us humans.

In India, authorities say they've seen greater numbers of sea turtles hatching on beaches compared to this time during a typical year.

Olive Ridley turtles are a species that lay their eggs in a small number of locations around the world each year and this normally happens during the winter, or early spring.

Adult Olive Ridley turtles settled in India's Gahirmatha beach in Odisha to lay their eggs at the end of March, and now thousands of babies have hatched and started their journeys towards the sea.

A rise in the number of leatherback sea turtles nests has also been recorded in Florida and Thailand.

Good news! Endangered black rhinos on the up

New research suggests leatherback and hawksbill sea turtles make 'decoy' nests far away from where they lay their eggs to protect them from potential predators.

This involves adult females scattering sand around the area where the eggs are buried to protect their young when they hatch.

What are the different types of sea turtle?

Sea turtles are part of the reptile family and there are seven different species living in the world's oceans: 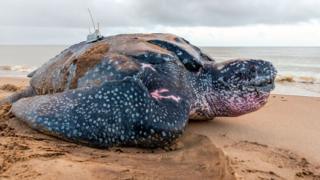 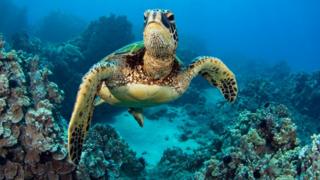 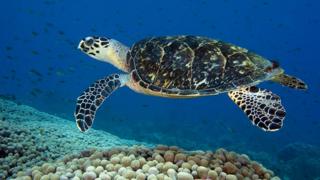 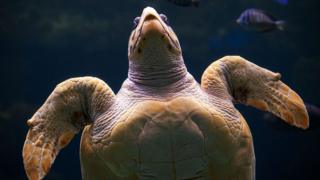 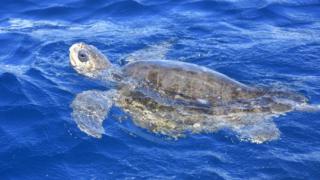 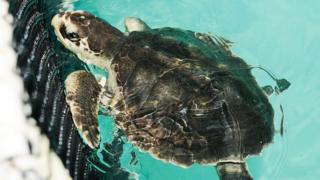 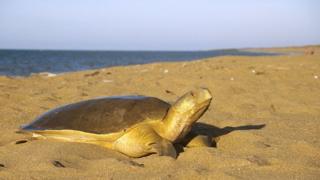 Sea turtles are pretty awesome creatures. They've been around for the past 110 million years and are a really important part of marine life.

Sea turtles can hold their breath for several hours depending on how active they are.

During their normal activities, they can stay underwater for 45 minutes to an hour and they can go up to seven hours without taking a breath while they're asleep!

Sea turtles can live up to 50 years and have life spans that are quite similar to humans.

Male turtles don't leave the ocean once they've entered it, but females come out to lay their eggs on sandy beaches during nesting season. They wait decades before they return to the beaches where they were born, to nest, and they can lay between 65 and 180 eggs at a time.

Sea turtles can travel incredibly far distances throughout their lives. The leatherback turtle can travel more than 10,000 miles in a year, while loggerheads can travel up to 8,000!

Why is it important we protect sea turtles?

Unfortunately, all sea turtles species are endangered and this is largely down to human activity.

Sea turtles' chances of survival are already quite slim. It's thought that for every 1,000 eggs laid, only one will end up reaching adulthood and the ones that do make it face lots of other threats.

Many are hunted by poachers for their eggs, shells and skin and some are also find themselves caught up in fishing gear.

They can also become entangled in plastic waste found in oceans and some of this debris can even get into their bodies.

Lights from seaside resorts can also confused baby turtles - or hatchlings - sending them inland instead of where they need to go to survive - the sea. Beach umbrellas also damage turtle eggs buried under the sand - meaning they won't hatch.

Oil spills pollute water and beaches bringing a further threat to endangered sea turtles. As climate change brings rising sea levels and bigger storms their beach habitat, where they lay their eggs, will continue to be destroyed.

Whether sea turtles are male or female is impacted by temperature. Warmer conditions could lead to more females and a shortage of males.

Organisations like the World Wide Fund for Nature (WWF) and the Sea Turtle Conversancy are working hard to protect the reptiles.

Some of the WWF's activities includes working with local communities to tackle the illegal trade of sea turtles, by educating people about the threats to the species and protecting habitats where the turtles breed.

Scientists discover a turtle the size of a car!

Turtles in Australia get poo-collecting swimsuits

Baby turtles released into the wild