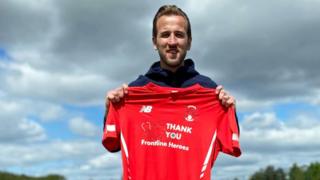 England captain Harry Kane has joined forces with his former club Leyton Orient by sponsoring their shirts next season to support three charities.

The club's home shirt will carry a message of thanks to frontline workers tackling the coronavirus pandemic.

Mental health charity Mind and Haven House Children's Hospice will have their logos on Orient's two other shirts as part of the deal.

Kane said: "I was born and brought up only at a couple of miles from Orient's stadium and I'm really happy to have the opportunity to give back to the club that gave me my first professional start."

What could have happened in the Premier League if there was no coronavirus?

What is #PlayersTogether and how will it help the NHS? 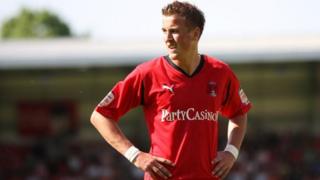 Reuters
Kane, who currently plays for Tottenham, made his senior debut for Leyton Orient in 2011 when he was 17 years old

"It also gives me a platform to say a big thank you to the many frontline heroes and charities out there who provide care and support during these challenging times," Kane added.

Orient have said 10% of the profits made from each replica shirt sold will go to the charity featured on the front.

Harry is not the only footballer or football club that is trying to raise funds for coronavirus through sponsorship.

Barcelona's stadium to have sponsor to fight virus 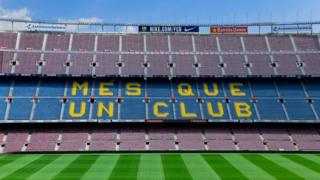 Spanish club Barcelona are to give a sponsor naming rights to their stadium next season for the first time, and donate all the money raised to fighting coronavirus.

The stadium, which is known as the Nou Camp, has never had another name since opening in 1957.

"Revenue will be used to fund research projects and the worldwide fight against the pandemic," the club said.

Spain is one of the hardest hit countries in the world affected by the coronavirus outbreak. 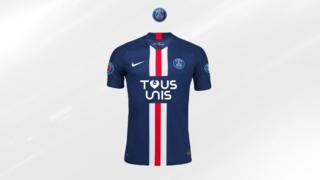 They produced 1500 shirts with 'Tous Unis' printed on them, which means 'all together'.

The special shirts sold out in 12 hours online.

The funds raised from the PSG shirt will go to help staff working in public hospitals in the French capital city, Paris.