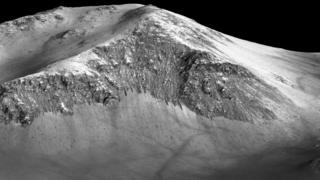 New research has shown that billions of years ago, there wasn't just water present on Mars, but entire rivers and lakes!

Since the discovery of flowing water on the red planet in 2015, scientists have been keen to find out more about the planet's history.

This latest research shows the first ever evidence that there were rivers and lakes on Mars' surface around 3.7 billion years ago.

Nasa and SpaceX team up for US blast off

A mile-wide asteroid is about to fly past Earth

Scientists made the discovery after studying some of the very detailed pictures taken of the Hellas Basin, a HUGE crater in the south of Mars, by Nasa's Mars Reconnaissance Orbiter.

Scientists were able to 'read' the rocks from these super detailed images to find out its geology and history. 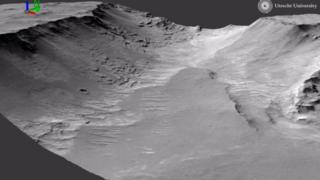 "It is not like reading a newspaper, but the extremely high resolution imagery allowed us to 'read' the rocks as if you are standing very close to the cliff," said Francesco Salese, a geologist at Utrecht University in The Netherlands and senior scientist at the International Research School of Planetary Sciences in Italy.

The research revealed that rivers existed on the planet for around 100,000 years, and they were similar to the rivers we have on Earth!

They even believe the water may even have got there by rain or hail, the same as it does on Earth.

Space: What is the Mars equinox?

Mars: Have scientists just found water on the red planet?