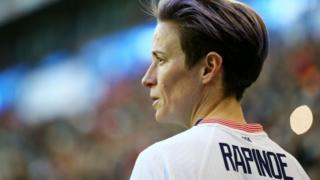 The USA women's national football team's claims for equal pay has been dismissed by a court in America.

A judge in California decided against players' claims that they were underpaid in comparison with the men's national team.

However, the court rejected these claims saying that when the women's team's pay had been added all together, they had actually been paid more on 'an average per-game basis' than the men's team during the same time.

This is because, although paid more when they do play, US male players are only paid when they play.

The judge said the women's contract guarantees players will be paid regardless of whether they play or not. While the men are paid only if they are called into camp to play and then participate in a match.

After the decision was made, a spokeswoman for the players said that they plan to appeal.

"We are shocked and disappointed - We will not give up our hard work for equal pay." She said. 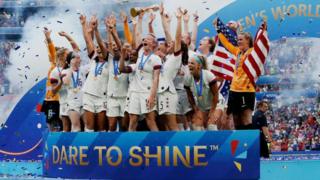 US striker Megan Rapinoe, who won the Golden Ball and Golden Boot at last year's World Cup, tweeted: "We will never stop fighting for equality."

Another player, Alex Morgan said: "Although disappointing to hear this news, this will not discourage us in our fight for equality."

However, the court has allowed for a further trial over the players' claims they've faced unfair treatment in travel, housing and medical support, when compared to male players to go ahead.

That trial is set for 16 June in Los Angeles.