Gigi Hadid and Zayn Malik are expecting a baby 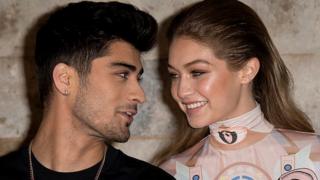 Former One Direction member Zayn Malik is having a baby with his girlfriend, supermodel Gigi Hadid.

The supermodel confirmed the pregnancy on Thursday night while appearing on the Tonight show with Jimmy Fallon, via a videocall.

She said, "we're very excited and happy and grateful for everyone's well wishes and support."

Rumours began spreading on social media earlier in the week and the news was confirmed on Wednesday by Gigi's mother in an interview with Dutch TV news show, RTL Boulevard.

Yolanda also said the believes the baby is due sometime in September - but the parents-to-be hadn't actually confirmed anything publicly until Thursday night.

Celeb gossip and entertainment stories for you

Take on our super Marvel quiz!

The biggest dance crazes of all time

Since the news became public, fans have been trying to find out as much as they can about the addition to the Malik-Hadid clan.

It's been reported that the young couple are expecting a baby girl, after many of fans pointed out that Gigi's 25th birthday celebration last week had lots of pink balloons, pink gift bags and pink cakes. 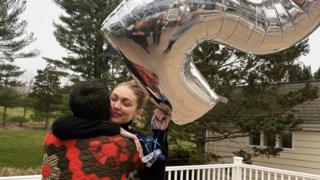 The couple started dating in 2015, after meeting on the set of Zayn's music video for Pillow Talk. But it's not always been smooth sailing, the couple recently got back together after a year-long split.

Zayn is currently in lockdown with Gigi and her family at their farm in Pennsylvania, in the US.