Coronavirus: How are UK zoos managing in lockdown? 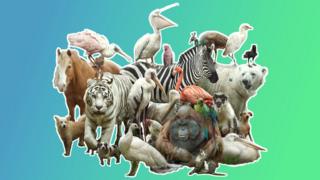 Lots of companies and organisations have been affected because of the coronavirus pandemic.

Places have had to close to try to stop the spread of the virus - and it might mean they struggle to get the money they need, because fewer people are paying for their services.

That's extra hard for places like zoos - they rely on money from tickets to pay to feed animals and for keepers to keep looking after them.

So how are zoos coping without paying customers? And are the animals doing OK?

Newsround spoke to some of the biggest zoos in the UK and asked how they're coping, how the animals are getting on and how they're raising funds.

Animals and the coronavirus

Which animals have you spotted during lockdown?

There are 35,000 animals at Chester Zoo and the people in charge there are worried about the lack of visitors - because it means they're finding it tricky to make money.

97% of the zoo's income comes from visitors, and it costs £465,000 per month to look after all the animals and plants there. 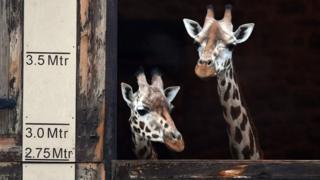 The zoo is getting help and support from its 130,000 members, and has set up a JustGiving page and asked people if they can donate.

It has set up online live virtual tours of the zoo and the animals - which have proven to be really popular and put lots of smiles on people's faces!

London Zoo closed its doors in March for the first time since World War Two.

Unlike other companies, zookeepers can't really work from home. So to make sure the animals are well looked after, staff at London Zoo have been staying overnight, in special accommodation lodges. 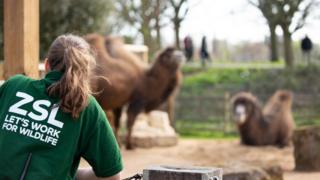 They make sure that everything stays as normal as possible for the animals.

The zoo is quite close to a hospital - so it's allowing NHS workers to use the car park. The zoo says people smile at the giraffes, Maggie and Molly, before heading into work!

London Zoo has launched a special online channel where kids can play games and quizzes, and it's keeping its social media up to date with all the latest information about the animals. But it's also relying on public donations to keep going. 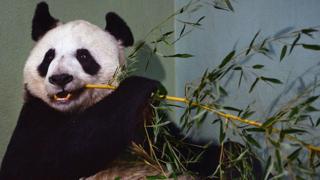 Almost all of Edinburgh Zoo's income comes from visitors - and the food bill alone is £55,000 a month!

They zoo has got lots of animals to feed, the pandas eat anywhere between 20 and 40 pounds of bamboo a day.

It's encouraging people to help by pre-purchasing tickets to enjoy when the zoo is open again, or by adopting one of the animals.

If you want to find out how, then head to the zoo's website. 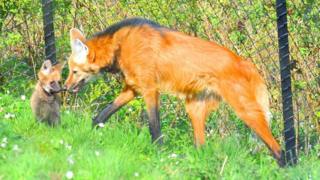 There are 108 species at Belfast Zoo.

The zoo has come up with a campaign called #BelfastZooComesToYou where you can keep up with the latest action from the animals on social media.

You can watch the elephants enjoying pedicures or the giant anteater having its tongue checked!

The zoo is still looking after its animals - Belfast Zoo curator Andrew Hope has also been hand-raising an incredibly rare Francois langur monkey! 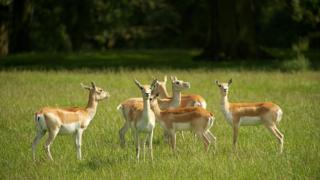 Knowsley Safari says it has been "significantly affected financially" by the lockdown.

It has been accessing a special government fund that's been set up for zoos in the UK.

And keepers there are finding creative ways to look after the animals, like hanging meat in the trees for the tigers so they can use their climbing instincts. 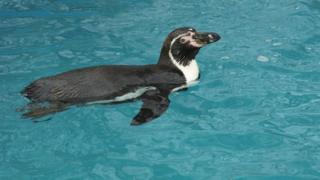 The Welsh Mountain Zoo in Colwyn Bay hasn't received any income since closing in March.

It costs £30,000 a week to run the zoo - and the organisation is having to spend its emergency savings to keep going.

To help raise money - the zoo set up an online donation page, which has reached over £10,000 so far!

And it is making sure the animals are still well looked after, in the past few weeks the zoo has welcomed three baby ring-tailed lemurs as well as one baby pine marten, several Humboldt penguin chicks and some spring ducklings.