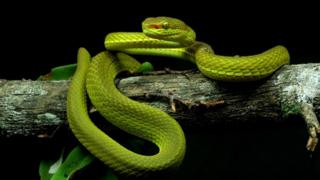 A brand new species of snake has been discovered by researchers in India.

But this new species of bright green pit vipers might not know the significance of their namesnake...

They have been called 'Trimeresurus Salazar' after the founder of the most-feared house in Hogwarts School of Witchcraft and Wizardry - Slytherin.

In the world of Harry Potter, Salazar Slytherin was famous for being able to speak to snakes and for practicing the Dark Arts.

Snakes are therefore closely associated with this Hogwarts house, and even appear on the emblem for the house.

Check out these other animals to have their names inspired by a character from Harry Potter!

Quiz: Which Harry Potter spell are you? 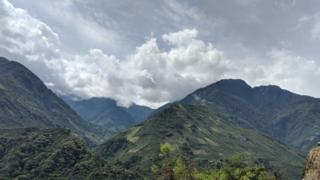 The new species of green pit viper was discovered in a remote part of India called Arunachal Pradesh.

There are fifty types of green pit viper known in Arunachal Pradesh, but the area has not been researched much.

Animals named after famous characters can help people become more interested in areas and species that usually would be ignored. 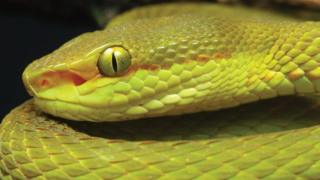 What do you think of Salazar's pit viper? Do you think Salazar Slytherin would be pleased to have this snake named after him?

Tell us in the comments.