Coronavirus: When will schools go back? 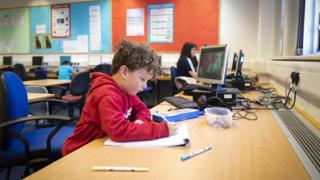 Schools in England could start to return from 1 June with just 15 pupils in each class.

That's according to the latest guidance from the government.

But there are plenty of things that need to happen before schools can reopen - Prime Minister Boris Johnson said there were some "big ifs".

Even when they do reopen, school life will initially be very different to what it was before they closed on 20 March.

Many heads, teachers and support staff unions have called on the government to "step back" from a 1 June start date.

They have said they want children to go back to the classroom but believe plans to reopen primary schools in England do not have adequate safety measures and need to be halted.

Schools in the other countries of the UK - Scotland, Wales and Northern Ireland - are not likely to reopen at the same time as those in England and several local councils in England say they don't want to reopen yet as they don't feel it's safe, or warned they will not be ready in time.

Why are there different laws across the UK?

What has the government said? 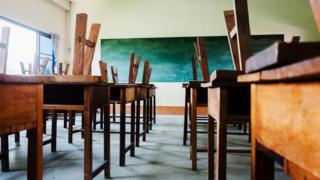 People were asked to stay at home in March - when schools were shut to most pupils except the children of key workers or children needing extra care - to help stop the spread of coronavirus. People have been calling this a 'lockdown'.

Mr Johnson gave a speech on Sunday, 10 May in which he said that some changes were being made to the lockdown rules.

He said they were the "first careful steps" in returning to normal.

If coronavirus cases continue to drop during these first steps, then step two could see schools reopening, he said.

At the earliest by June 1 - after half term - we believe we may be in a position to begin the phased reopening of shops and to get primary pupils back into schools, in stages, beginning with reception, Year 1 and Year 6.

He also said the government wanted secondary school pupils facing exams next year to "get at least some time with their teachers before the holidays".

The following day, the government published more details. It said the aim is to "ensure that the youngest children, and those preparing for the transition to secondary school, have maximum time with their teachers".

It added that the "ambition is for all primary school children to return to school before the summer for a month if feasible (possible), though this will be kept under review".

But it said schools could not return in June if "insufficient progress is made in tackling the virus".

How to look after afro hair during lockdown

In the House of Commons, Education Secretary Gavin Williamson has also said that opening schools was the "responsible" course of action, now the virus was "past the peak" and that safety was being very carefully planned.

"The best place for children to be educated and to learn is in school," he said, particularly for the disadvantaged youngsters who would be most likely to fall further behind.

What does the science say?

Scientific research shows that children are less likely to become seriously ill with coronavirus or get infected in the first place.

Research published by Sage, a group of scientists advising the government, said that the risk of children catching coronavirus while back at school is "very, very small, but it is not zero".

Sage also says there is not a higher risk to teachers compared to other adults going back to work.

However, evidence is still unclear on whether kids who do catch coronavirus are more or less likely to pass it on to someone they come into contact with. 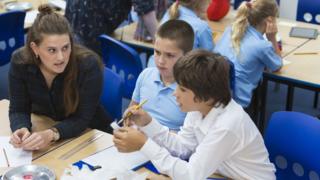 The situation is different in Scotland, Wales and Northern Ireland, with leaders in each of those countries making decisions about how education is run there.

All three have said they only want to return when it's safe to do so.

In Wales the First Minister, Mark Drakeford, said: "We're not going to be reopening schools in Wales in the next three weeks, or indeed in June." 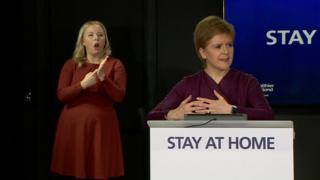 Scotland has also sketched out plans for a phased return of schools but says that will only happen "when safe to do so" and it won;t be before the start of the next school year in August.

In Northern Ireland, Education Minister Peter Weir has spoken of a possible phased return of schools in September. A five-step plan from leaders there says as part of step three, schools could reopen to "priority groups" on a part-time basis, with a mixture of classroom and remote learning. But no date has been given for when this might happen as it depends on the country being able to tackle the virus.

Schools in Northern Ireland and Scotland normally break up for the summer holidays at the end of June, a few weeks earlier than most schools in England and Wales.

This means even a return by early June wouldn't give a lot of time for teaching.

What needs to happen for schools to reopen? 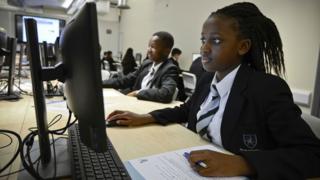 Although the prime minister has given a possible date of 1 June for some pupils in England, this depends on quite a few things.

Mr Johnson has said this phased return to schools is step two of a three-step plan to relax the lockdown rules which is "driven by the science, the data and public health". We are currently in step one.

Moving into the next step all still depends on five key things happening in the fight against coronavirus:

Pupils in countries such as China, Australia, Denmark, Norway, France and the Netherlands are back in their classrooms - although the rules vary from country to country.

For example, only primary school-age children have gone back in some parts of the world, class sizes are being kept smaller, or lessons are taking place outside. In France, secondary school pupils have to wear masks.

In England, the government's new advice says not every class would start back at the same time, and that there would be lots of rules to try to keep social distancing in place as much as possible, with "desks spaced as far apart as possible".

Class sizes will be halved so there are no more than 15 pupils in lessons - and they will not be allowed to mix with other pupils during the school day.

There will also be staggered break and lunch times, and different times for starting and finishing the school day.

Teachers will be asking you to wash your hands a lot and you are likely to be using the outdoor spaces in school more.

Unlike in some other countries, the government says "the wearing of masks is not recommended, for either pupils or teachers".

In its own plans for the ending of the lockdown, the Scottish government has said when schools do finally return, it could see some year groups returning ahead of others, pupils attending school part-time, and a combination of in-school and home learning.

What are people saying about the plans to get pupils back in class?

Teachers have said they don't want to return to school unless they are sure it will be safe - some have said keeping pupils apart with social distancing could be hard.

Some teachers have told the BBC they don't think it will be possible for social distancing to work in schools because of narrow corridors, small classrooms and lots of interactions, particularly between younger children.

Teacher's unions - groups that represent the views of teachers - have rejected the plans for a phased return of primary school pupils after half term, saying it was still too early to be safe.

"The government is showing a lack of understanding about the dangers of the spread of coronavirus within schools," said a statement from nine unions, including the National Education Union, NASUWT, the National Association of Head Teachers and Unison. 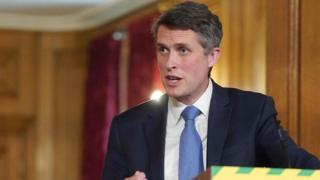 The union called for a delay to reopening until a "full roll-out of a national test and trace scheme" was in place and there were extra resources for cleaning, protective equipment and risk assessments.

"Uniquely, it appears, school staff will not be protected by social distancing rules," said the statement, which called for a new taskforce, including teachers' unions, to plan the return to school.

Teaching unions had previously written to the UK government and health ministers to say opening schools too soon could see coronavirus numbers go up again. 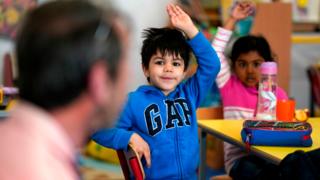 Rival politicians have said there is not enough detail to convince them that it would be safe to reopen schools just yet.

And parents will also have to be sure it will be safe for children to be back in classrooms - a lot of parents have signed a petition against the plan to open on 1 June.

The government, in its plan for relaxing the lockdown, has said it will work with schools to come up with more detail and guidance on how they might reopen.

Tell us about your new timetable now schools have closed

School summer holidays: Why don't they all start at the same time?