Venus and Pleiades: How to spot them in the sky 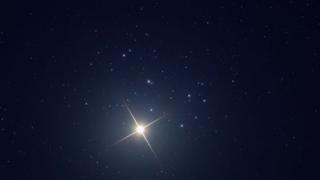 If you look up at the night sky this month you'll be able to see what looks like a very bright star - but it's actually Venus.

The planet is the third brightest object in the sky after the Sun and Moon, which is why its often called the Morning Star or Evening Star, depending on when it's visible.

But it's particularly easy to spot at the moment, party due to how far away it is from the Sun and other stars.

More stories to leave you starry-eyed

The snowman star and other weird shapes in space

Billions of stars (including the sun) are turning into crystals

Lockdown is the perfect time to become a budding astronomer, so here's how you can make the most of it.

On 24 March Venus reached its greatest eastern elongation, which is the night it appears to be as far from the Sun as possible.

It's at this point, when the planet is furthest away from the Sun, that it appears brightest. 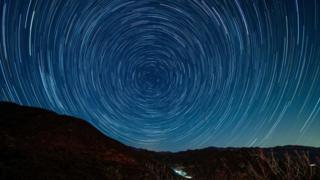 At this point Venus appeared to glow twice as big as it did at the end of January, and through a telescope would have looked like a silvery-white half-moon.

Then, about a week later, Venus reached another major milestone - starting the month of April in close conjunction with the Pleiades star cluster.

The Pleiades cluster looks like a tiny misty collection of stars and is visible from virtually everywhere on Earth.

At the beginning of April, Venus appeared to move right in front of the Pleiades, a rare event that happens just once every eight years.

From this point onwards Venus is very visible throughout the month, at its brightest on 27 April.

At this stage it is so easy to spot you probably won't even need a telescope or binoculars, as it can be seen easily with the naked eye in a deep blue, haze-free afternoon sky.

Venus then continues to approach the Earth while curving back in toward the Sun, and through a telescope would look like a crescent shape growing larger and thinner each night.

After that, it continues to get closer to the Sun putting on one last big show on 22 May, when it will shine right next to Mercury, by emerging from behind the Sun, just after sunset. 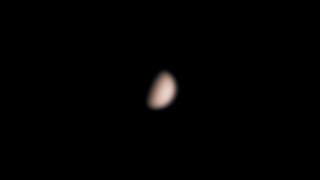 Then it will finally get lost in the Sun's glare, disappearing from view during early June.

With clear skies, it'll be hard to miss Venus. But she won't be this bright again for a while, so enjoy whilst you have this spare time!

Is there life on Venus?

Mercury: How to spot the planet in the night sky in February