Coronavirus has affected people all over the world but it's also had a knock on impact on animals like rhinos.

Now that most of the world is in lockdown and people can't visit the reserves where they live, the money to help the rhinos has dried up.

Money from tourism and conservation charities helps pay the wages of people who look after endangered rhinos and anti-poaching rangers who help protect the animals from harm.

It's thought that because of this illegal poaching could increase - putting these animals at even more risk.

Want to read more about rhinos?

Good news! Endangered black rhinos on the up

Why are rhinos at risk? 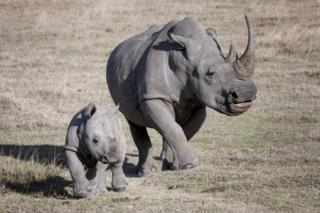 Rhinos are an endangered species, this means that they are at risk of becoming extinct in the wild.

Special areas of land in the wild called animal reserves have been made to protect them, and they are run by charities and organisations who rely on fundraising and donations from visitors. 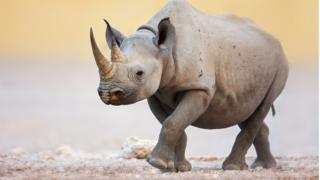 Getty Images
An adult rhino can weigh up to 2,200 kg

Rhinos are endangered because people hunt and trap them, it's against the law and is called poaching.

Some hunters poach as a sport, others do it to sell the rhino's horn. Rhino horns are very valuable and used in medicines or as decoration.

There are lots of people working hard to save the rhinos and because of this the number of rhinos being poached has been decreasing.

However, because of coronavirus, many fear poaching will now increase in countries on lockdown because people will become desperate, either to earn money or to take medicine with rhino horn because they think it will keep them healthy or make them better.

Also, the reserves are now really quiet because they no longer have any visitors - which makes it easier for poachers to act.

Without visitors and their donations, conservation charities might not be able to pay guards to look for poachers.

The name rhinoceros means 'nose horn' and is often shortened to rhino.

What is being done to help rhinos during the coronavirus outbreak? 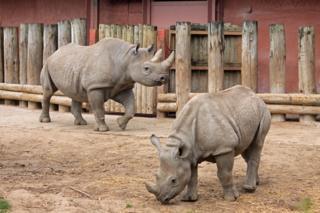 Getty Images
These are Javan rhinos and there's only 72 of them left in the wild!

Lots of charities have been working hard to protect rhinos during coronavirus.

Newsround spoke to Lindy Sutherland, director of the Kariega Foundation in South Africa, who told us how they are working with Helping Rhinos to raise money. They're asking people to enter a prize draw to win the chance to name the next baby rhino born at Kariega.

It is hoped that they will be able to raise enough money to keep doing the anti-poaching patrols which protect the rhino on the reserve.

Another charity, Rhino 911, has been using helicopters to investigate poaching and try to save rhinos being attacked. They were able to save two calves and flew them to a rhino orphanage.

And Lynne MacTavish from the Endangered Rhino Conservation has decided to cut management wages by 50% and stopped paying herself. She hopes this means she will be able to keep paying the 21 people in her team so that the anti-poaching staff can continue to patrol their reserve.

Conservation: How experts are trying to save the northern white rhino from extinction

1 day ago1 day ago
4
Newsround Home