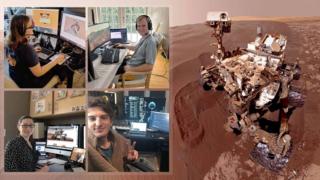 To try and stop the spread of the coronavirus, lots of people have left their offices and have started working from home instead.

That means all sorts of workers, including the scientists who work at Nasa.

They've had to find ways of doing their important jobs from home - like controlling the Curiosity rover that's on Mars right now.

The main aim of the rover mission is to find out if Mars has ever had the conditions to support life.

And they've figured out a way to help control the rover straight from their living rooms!

Apollo 13: How a near disaster for Nasa became a success story 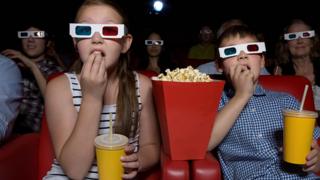 Getty Images
The glasses that Nasa are using are similar to the ones you might wear at the cinema!

Normally the team use high-tech goggles to look at 3D photos of the terrain on Mars and use that information to decide where it's safe for the rover to go.

But the goggles don't work away from Nasa HQ - so they've started using old red-blue/green 3D glasses instead! And apparently they work nearly as well!

The glasses are a bit like the ones you'd wear in the cinema if you were going to see a film in 3D. 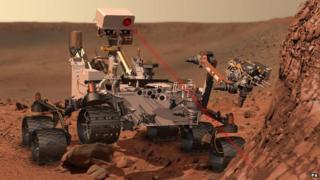 PA
This is a computer image of the Mars rover Curiosity

Nasa said: "Although not as immersive or comfortable as the goggles, they work just as well for planning drives and arm movements."

Apollo 13: What happened to the Nasa mission to the Moon?