Frozen 'time travel' seeds could save millions of UK trees 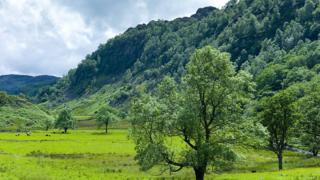 Millions of seeds from trees have been collected and stored as part of an effort to protect UK woodlands.

It's hoped that the 13 million seeds from more than 70 species of trees will help replace and save woodland which is being damaged by diseases.

One of the biggest woodland killers is a disease called Ash dieback. According to the Woodland Trust, it could kill 95% of the UK's Ash tree population - which makes up around 20% of all UK trees.

It's also thought climate change is damaging woodlands because of rising temperatures and weather extremes like drought.

Check out some more top stories:

The 99-year-old army captain raising millions for the NHS

Big Night In: Learn to dance with your favourite Strictly stars

The schools fighting to save energy 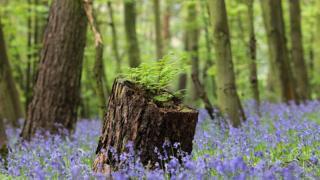 The collection of seeds will be used for research and conservation by the Royal Botanic Gardens and could help regenerate woodlands or reintroduce new trees.

The seeds have been called "time travelling" seeds because they will be available for planting for a long time. That's because they are stored in sub-zero temperatures underground at the Millennium Seed Bank in Sussex, where they may stay for many decades.

Hundreds of volunteers helped to collect the seeds over seven years in a project led by the Royal Botanic Gardens at Kew,

"Building up this seed collection of some of the nation's most important tree species is a vital step in combating the challenges facing our native trees," said Ian Willey, from the Royal Botanic Gardens.

The collection include seeds from British tree species such as ash, juniper, alder, birch, yew and willow, which make up a key part of the landscape.

These trees provide a habitat for other plants and wildlife, help with flood prevention, stabilising climate and play an important role in woodland tourism, the experts said.

Isolation walk bingo: Have you tried it?