WHO: Who is WHO? What does the World Health Organization do? 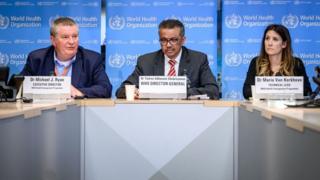 When you've heard news about the coronavirus you might have also heard the World Health Organization, or the WHO, mentioned at the same time.

It's a worldwide organisation that was founded in 1948 and is based in the European country of Switzerland.

It's part of the United Nations (also known as the UN), and its aim is to 'look after the health and wellbeing of people around the world'.

The WHO has 194 member states, and is involved in things like vaccination campaigns, helping people deal with health emergencies and supporting countries in their healthcare.

It gets its money from its member countries, as well as donations.

Last year the USA provided almost a seventh of its funds - more than £310m. US President Donald Trump now says his country won't be paying any more money to the organisation while there is a review by his officials of how the WHO has acted recently. He says that the organisation didn't do enough to stop the spread of Covid-19. 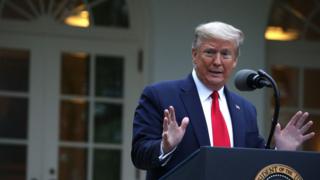 But the man who founded tech company Microsoft, Bill Gates, doesn't agree. The charity he now runs with his wife gives the second largest amount of money to the WHO, and he said the organisation's "work is slowing the spread of COVID-19 and if that work is stopped no other organization can replace them".

The UN Secretary General António Guterres said the international community should be uniting "in solidarity to stop this virus".

He added the WHO "must be supported, as it is absolutely critical to the world's efforts to win the war against Covid-19".

NHS: What is the National Health Service, who uses it and how is it paid for?