No new emojis in 2021 because of coronavirus 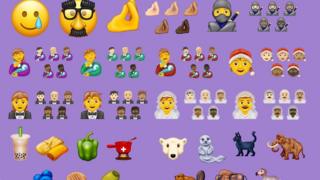 There will be no new emojis released next year because of the impact of coronavirus.

That's according to the Unicode Consortium, who are responsible for all things emoji.

Don't worry too much though, this year's batch of emojis were finished before coronavirus started to have its effect.

That means we'll still get this year's 117 emoji releases, including a disguised face, people hugging, a tuxedo, a seal and a plunger.

Why has it happened? 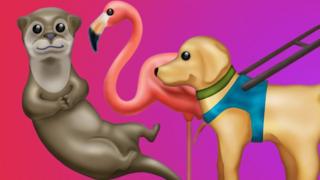 Just like pretty much everyone else in the world, the makers of emojis have been really disrupted by coronavirus.

The Unicode Consortium, which oversees the standards of emojis, is largely run by volunteers.

It has decided to push back the release date of next year's batch.

Next year's emojis should have been finished in March. However, this didn't happen and the deadline has been set for September instead.

Once they're finished, they'll be sent to technology companies to add to their devices.

That will take a while meaning we won't have the emojis until 2022. 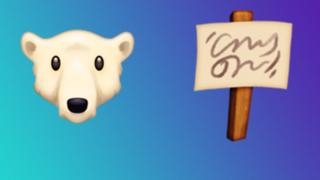 There are 117 brand new emojis being released later this year.

For all the climate activists, there is now an emoji for the polar bear and a placard emoji.

There will also be a mammoth and a dodo - two extinct animals - perhaps another reminder to protect the planet.

When the emojis were released in 2019, there was some criticism that there wasn't a transgender flag. This has been changed in the 2020 list.

What's your favourite new emoji. And what emoji would you like to see in future? Let us know in the comments below!