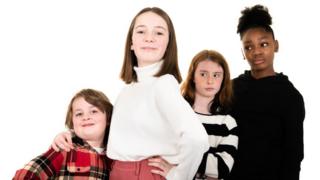 Cbbc
What antics will Tracy, Justine and Louise get up to this time?

You've had the Dumping Ground to watch on CBBC and lots of Jacqueline Wilson books to read, but now there's another treat in store - a new podcast series.

It's called The Tracy Beaker Podcast and has five episodes based on the original books by Dame Jacqueline Wilson.

If you don't already know Tracy's story, don't worry - you'll be able to follow the story and will get to know the loud but lovable character better in every episode.

Each episode follows the adventures of Tracy and her friends, as she grows up in care and dreams of a foster family. 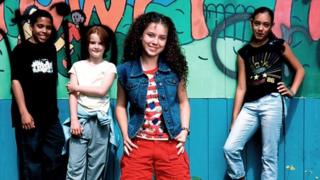 Helen Bullough, Head of Children's In House Production, says: "Whether listeners are discovering Tracy Beaker for the first time or revisiting a childhood classic, her story is timeless.

"Feisty but with a heart of gold, we hope audiences enjoy Tracy's adventures and the havoc she causes along the way!"

The first five episodes arrive on BBC Sounds on Saturday 11 April with more to come in future weeks.

Have a listen and let us know in the comments what you think.