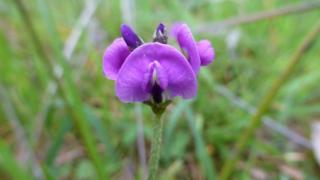 A seed bank in the UK has helped to save a rare plant in Australia.

The clover glycine was already listed as vulnerable to extinction before bushfires in Australia destroyed huge areas of land that were home to the rare herb.

One of the fires in Cudlee Creek, a small town near Adelaide in South Australia, burned more than 250km of land and destroyed homes and cars.

This land was a major habitat for the rare herb, and, while no exact figure for the number of plants lost can be given, it has put the species in serious danger. 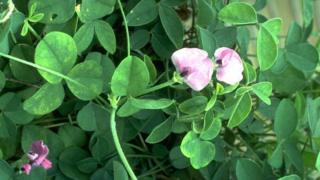 Thankfully help was at hand thousands of miles away.

Twelve years ago, around 1,200 of the clover glycine's seeds were sent to a UK seed bank. They were then dried and cooled to -20C and stored until needed.

Researchers at Kew Garden's Millenium Seed Bank in the UK have now sent over 250 clover glycine seeds to Australia in the hope of helping them to grow in the wild again. 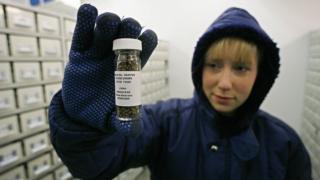 The purpose of seed banks is to help provide plants to survive and recover, in areas where lots of plants have been lost.

Saving seagrass: What's being done to save the 'wonder plant'?

21% of plants are at risk of extinction says new report