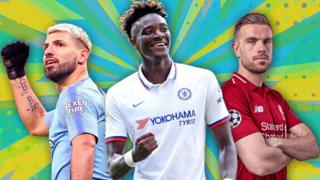 Premier League footballers from all twenty clubs have come together to make a promise to support the NHS while it tackles coronavirus (COVID19).

Club captains like Liverpool's Jordan Henderson and Manchester United's Harry Maguire have helped come up with the plan. All Premier League players will be involved.

Players will donate money to a group of charities called NHS Charities Together.

This money will then be given to specific charities within that group at times when it is needed most during the coronavirus crisis.

Health Secretary Matt Hancock "warmly welcomed" the "big-hearted decision". He had previously criticised footballers for not donating more money to support people during the pandemic.

The #PlayersTogether project is seen by many as a response to this criticism and has been praised by fans. 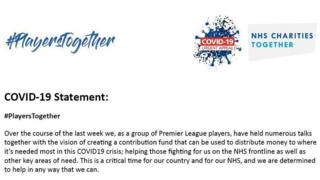 Over the course of the last week we, as a group of Premier League players, have held numerous talks together with the vision of creating a contribution fund that can be used to distribute money to where it's needed most in this COVID19 crisis; helping those fighting for us on the NHS frontline as well as other key areas of need. This is a critical time for our country and for our NHS, and we are determined to help in any way that we can.

Earlier this month, the Premier League suggested that footballers take a 30% pay cut to protect jobs.

The Professional Footballers' Association said this was a bad idea, as that would save money for the clubs who pay players' wages, rather than give money to people and organisations that need it most in need at this tough time. 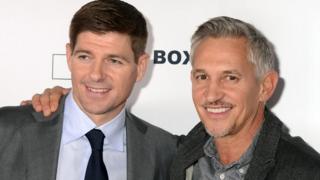 Match of the Day presenter, and former footballer, Gary Lineker asked if other people could do more: "Why not call on all the wealthy to try and help if they possibly can rather than just pick on footballers?"

"Nobody seems to talk about the bankers, the CEOs, huge millionaires. Are they standing up? Are they being asked to stand up? We don't know." 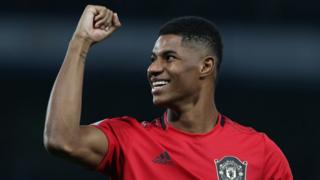 Manchester United and England striker Marcus Rashford, told BT Sport: "We want to help in the best way possible and getting money to the right places is a massive thing."

Rashford has already been involved in a scheme to help fund free meals for children across Manchester.

The chief executive of NHS Charities Together thanked the players for their "fantastic" initiative.

"It sends an amazing message of support to the NHS staff and volunteers working so tirelessly to save lives," Ellie Orton said.

Coronavirus: The amazing ways people are helping hospitals around the world