Coronavirus rainbows: Family turns their home into a giant rainbow! 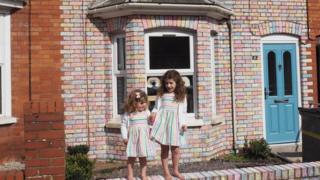 Many of you have been colouring or painting rainbows to put in your front windows, but take a look at this!

Four-year-old Arabella and her little sister Matilda (who's two) have taken it a step further and helped give their whole house a multi-coloured makeover.

They turned their home into a giant rainbow using different coloured chalks with the help of their mum and dad. 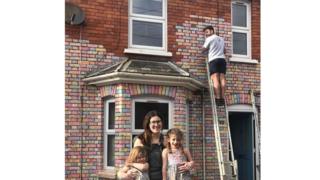 Their dad had to use a ladder to finish colouring the house in!

The sisters, who live in Somerset, started by colouring in the front wall, but when their Dad got home from work (he is a key worker) he decided to help too.

He got out the ladder and finished the whole front of the house - it took him six hours!

They've had lots of people taking photos, including an ambulance crew who said it made them smile during a tough shift. 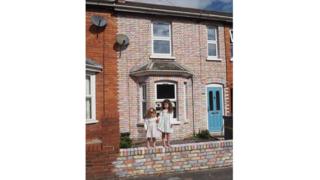 The neighbours on their street love the house so much, that they want to join in and colour the whole street in with chalk!

The chalk washes off with water, so fingers crossed it doesn't rain for a bit.