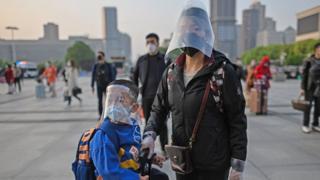 Millions of people living in Wuhan today are celebrating the end of 76 days of quarantine.

And for the first time since January, visitors and residents who are virus free are allowed to leave the city.

Wuhan is a city in China that is home to 11 million people - coronavirus was first discovered in Wuhan in December.

People living in Wuhan had one of the strictest lockdowns in China - no one was allowed to go out, even for food or medicine.

Instead it was delivered to them.

However, it is not the end of restrictions for people living in Wuhan.

The Chinese government has given some citizens a code on their phones which shows that they are healthy and safe to travel.

If you do not have a code your life is still quite limited - you may not be able to return to work or leave the city.

Official Luo Ping has asked people in Wuhan no to go out "unless it's necessary" and encourages people to continue wearing masks.

China is being careful and are telling citizens to not celebrate just yet.

China is not near the end, but has entered a new stage. 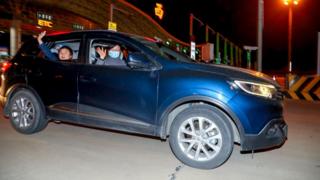 But there are still lots of reasons to be hopeful.

Many shops and businesses, including more than 10,000 factories have reopened, and public transport is running again.

Healthy people are now allowed to leave the city.

And lots of people can now see their friends and families as well.

Wuhan is not alone in seeing their rules changed - Austria and Denmark have also announced that they plan to alter their lockdown rules soon.

Coronavirus: How to wash your hands