PS5: Sony reveals new DualSense controller, but, is it 'ugly'? 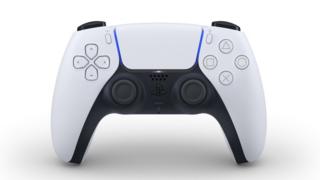 The new PS5 controller has officially been revealed, and the company has teased more PS5 details might be coming soon!

The controller is called DualSense, and the creators said they wanted 'touch' to be the focus of the new design.

The PS5 console won't be out until winter this year, and this controller is our first official look at what the new console design might be like.

Sony announced the new design on their PlayStation blog, as well as some new features.

Playstation boss Jim Ryan also said: "We look forward to sharing more information about PS5, including the console design, in the coming months."

So find out what's new and let us know what YOU think in the vote below. 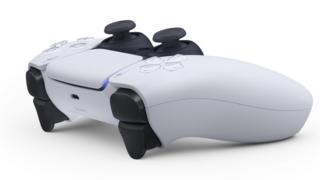 The new controller has something called 'adaptive triggers' which means that the L2 and R2 buttons will be extra sensitive. For example, if you were pulling a string back on a bow and arrow, Sony said you would 'feel' the tension of the string on the button.

As well as that, the 'Share' button on the PS4 controller has been replaced with a new 'Create' button - which they said they'd reveal more about closer to the launch.

The DualSense also has an built-in microphone, meaning you don't need a headset to chat to your friends when you're playing online together. (However they did recommend a headset for longer play sessions)

They also changed the colour scheme of the controller, opting for a two-toned look, and changed the location of the light bar, from back to front.

What do people online think? 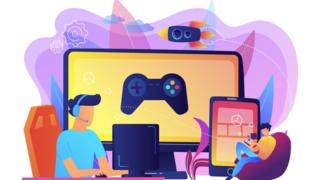 There have been mixed reactions to the new controller, with some people loving the new look, while others are not so keen.

Playstation fans are saying they miss the black colour scheme of previous controllers, and the classic PlayStation colours on the buttons.

Others have said the design is a bit too similar to the Xbox One controller, and even compared it to a Stormtrooper!

What do you think of the new design? Do you think it looks great, or a bit rubbish, let us know in the comments below!