China: Country hopeful as no deaths have been reported in the past day 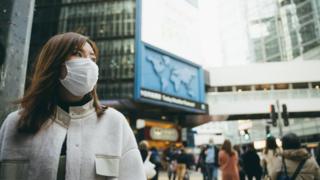 No new deaths from coronavirus have been reported in China for the first time since they started reporting in January.

This is good news, not just for China, but many countries all over the world as it is a good sign that the spread of coronavirus can be limited and contained.

The city of Wuhan, where the virus is thought to have started, will start allowing transport in and out of the city from Wednesday. 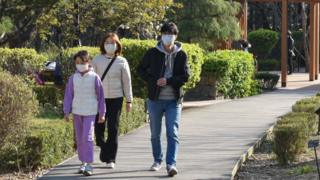 South Korea, a country very close to China, have said that they have had fewer than 50 new cases in the past day for the first time since February.

Across Europe - Spain, Austria and Italy have all reported fewer new cases in the past week - which might mean that the number of infections is slowing down.

It is still early days for all of these countries, but these are also positive signs that social distancing is helping to slow down the pandemic. 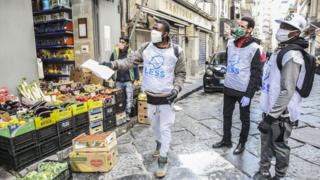 Since it was first reported by China in January, coronavirus has spread from the city of Wuhan all around the world.

Asia and Europe were some of the first and worst affected, but now there are fears of the situation getting worse in North America and throughout Africa.

But the news that the spread of the virus is slowing in some countries is comforting to lots of scientists and governments.

It means that things like regularly washing hands, staying indoors and working together with other governments has had a positive effect.

In China, there were 39 new cases of coronavirus reported yesterday, but 38 of those cases came from visitors from other countries.

This news means that many rules in China are now being relaxed, so people are now able to go outside, go to school and go to work.

In Austria, Chancellor Sebastian Kurz announced that there would be "a step-by-step reopening," of small shops and DIY stores by 14 April, and that all shops and hairdressers would open on 1 May.

Demark has also announced that it is will reopen its schools on 15 April if there is no rise in virus numbers within the country.

Italy, one of the countries worst affected by coronavirus, has had only 525 new cases in one day - the lowest number of new cases in two weeks.

"This is good news but we should not let our guard down," said civil protection service chief Angelo Borrelli.

What does that mean for the UK?

This is great news for the world, and hopefully a sign that things will get better for many countries soon.

For now the UK is carrying on with social distancing measures until we are told otherwise.

But it is helpful for governments around the world to see how helpful social distancing has been in limiting the spread of coronavirus.