Who is Dominic Raab? 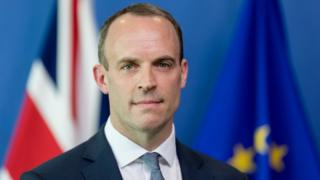 While Prime Minister Boris Johnson is in hospital recovering from the coronavirus, he's asked another man to step in and look after things.

And because we might be seeing a bit more of him over the next week or so, here's everything you need to know about the politician.

Coronavirus: We answer your questions about school 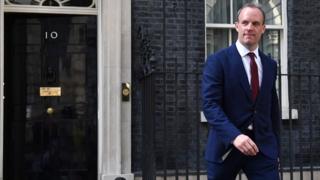 Raab is the foreign secretary and Conservative MP for Esher and Walton.

He was elected as Member of Parliament in 2010.

He also has the title of first secretary of state - which basically means he's the most senior person in the cabinet apart from the prime minister.

He's 46 years old, and is married and has two children.

Before he went into politics he was a foreign office lawyer. He's also got a black belt in karate!

As well as being an Member of Parliament and looking after his constituents, he's also a member of the cabinet as foreign secretary.

That means he's responsible for Britain's relations with foreign governments and states.

The full title for the role is Secretary of State for Foreign and Commonwealth Affairs. 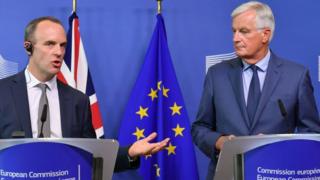 Getty Images
When he was Brexit secretary, Raab made lots of trips to the European Union

From July to November 2018 - under the government of the last prime minister, Theresa May - Raab was made the Brexit secretary.

This role is also known as the Secretary of State for Exiting the European Union.

During this time he was responsible for sorting out how Britain would leave the EU.

But he disagreed with some of Mrs May's ideas about Brexit, so he stepped down from the role after just four months.

What's he been asked to do? 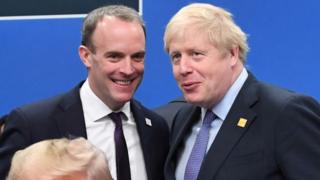 As foreign secretary and first secretary of state, he is considered second-in-command to Mr Johnson.

That means he is the second most important person in the government.

So he'll be looking after things while Mr Johnson gets better in hospital.

Raab will chair big meetings and might lead the daily briefings about coronavirus.

He said that he and his colleagues were making sure they implemented plans Mr Johnson had asked them to deliver "as soon as possible".

Coronavirus: We answer your questions about school and education