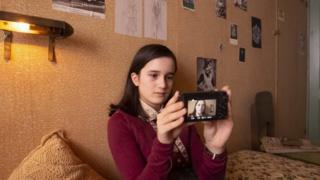 Anne Frank's diary is being made into a new vlog for people to watch on YouTube with Anne appearing on her personal camera, sharing her feelings of living in hiding.

This new series has been created by the Anne Frank House - a museum in the Netherlands dedicated to the life of Anne Frank and those who lived with her in hiding during the Second World War.

There will be 15 episodes in total which will show a short period in Anne's life - from March to August 1944.

A new episode will be released every Monday and Tuesday on the Anne Frank House museum's YouTube channel.

More about Anne Frank and the Holocaust

How did the Second World War start? 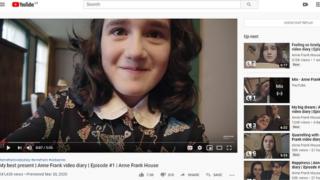 Luna Cruz Perez plays Anne and she reinterprets the words Anne wrote in her diary, to make them more suitable for a vlog.

Jacqueline van Maarsen, who was a friend of Anne Frank when she was younger, said: "I'm excited about this video diary.

"By replacing the diary with a camera, young people can easily imagine themselves in that situation back then, when Anne Frank lived.

"The idea took some getting used to, but I think it's good that Anne Frank's story has been transferred to modern times." 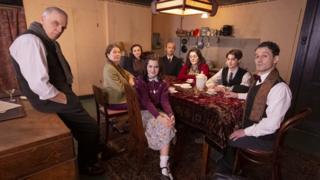 Anne and her family were hiding to protect their lives - if they were discovered then they knew that meant they would be forced to go to a Nazi-run concentration camp.

Concentration camps led to the death of millions of Jewish people, as well as disabled people, people who identified as gay and people from countries and of ethnicities that the Nazis did not approve of.

As Anne was Jewish, her family were forced to leave their home and live in a secret part of a house, called an annexe.

Living in the secret annexe was Anne, her family and four other people and they were forced to share a very small space with.

They were never allowed outside for fear of being caught, and during the day they were forced to stay as quiet as possible, in case people in the floors below or houses next door heard them.

They had very little to entertain them, but Anne's parents encouraged her writing and her father Otto helped the family exercise every day. Anne used much of her time studying, reading, writing and putting on performances for her family.

Sadly Anne, her family and the rest of the people living in the annexe were all discovered and taken to concentration camps.

The only person who survived was Otto Frank, Anne's father. He helped publish Anne's diary others could understand what she lived through.

Worldwide, more than 30 million copies of Anne's diary have been sold.

Find out more about the Holocaust

You can watch Finding My Family: Holocaust - A Newsround Special to find out more about the Holocaust and why it is important to remember what happened.

World War Two: It's been 80 years since the conflict started