Coronavirus: Three ways people are being encouraged to stay indoors 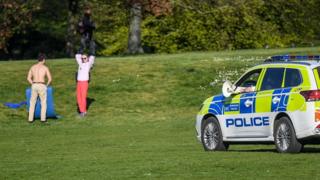 It's really important that everyone does their best to stay at home as much as possible at the moment.

The Health Secretary, Matt Hancock, explained staying indoors, "is not a request - it is an instruction".

The aim of the government's order is to help to stop the spread of the coronavirus.

But some aren't taking the rules seriously - instead they are meeting up in big groups or having football matches in the park.

Now the police, and members of the public, are trying out some unusual ways to encourage people to stay at home. 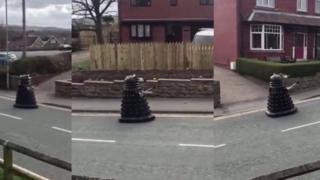 When humans aren't getting the message across - ask for a Dalek's help.

A group of people in Gloucestershire sent this Dalek on the street reminding everybody to stay indoors.

Instead of using their famous phrase "exterminate!" the Dalek was telling people to "self-isolate!" instead. 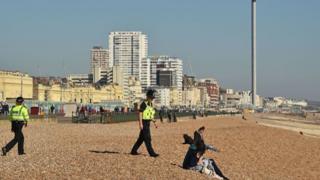 Though the weather is sunny, people are being asked to follow government guidelines and stay inside.

But some people in Brighton still tried to spend the day on the beach, and even lit a barbecue.

However, police soon got involved. One officer put out the barbecue by filling his hat up with water and pouring it on the small fire.

The people involved went home shortly after that! 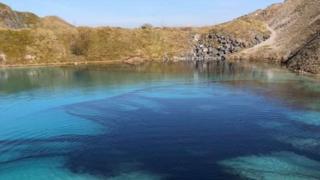 A blue lagoon in Derbyshire has been dyed black to encourage people not to visit in it.

Chemicals in the water cause skin irritation and the lagoon itself is very dangerous for swimmers because of it's depth and very cold temperatures.

To prevent the public from attempting to swim there the lagoon is dyed black every year - but this year police acted early after reports people were meeting to swim together when they're supposed to be at home.

A spokesperson for Derbyshire Police said: "The location is dangerous and this type of gathering is in contravention of the current instruction of the UK Government."

The local council said they don't want it to be a meeting place with friends, so the police and fire brigade have worked with officials to dye the lake.

Coronavirus: How to BOSS being stuck at home!