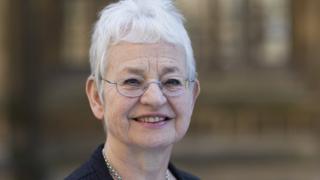 Famous children's author, Jacqueline Wilson, has decided it's time to tell her readers that she is gay.

The author of Tracy Beaker and previous Children's Laureate says that she has been with her partner for a long time and, to those who know her, her relationship is not a surprise or a secret.

Jacqueline, who has written over 100 novels, is getting ready to release her latest book Love Frankie - which is her first book centred on a gay female character.

Jacqueline Wilson to get a Bafta

In the new book, which is due to come out later this year, tomboy Frankie falls in love with Sally, the prettiest girl in her class.

Jacqueline said that she put her "heart and soul" into the book.

The author has always said she felt it was important to include characters from diverse backgrounds in her stories.

She says she was inspired to make strong female characters because when she was growing up she felt all the heroes in the books she read were boys.

Who is Jacqueline Wilson? 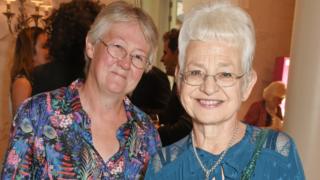 Dame Jacqueline Wilson is a famous children's author - having written hundreds of books, most of which are based on female characters.

According to her website, she has sold over 40 million books in the UK alone.

Many of her books have been adapted into TV series and films - including The Story of Tracy Beaker, Hetty Feather and Katy.

This is a position that has also been held by Malorie Blackman, Lauren Child and now Cressida Cowell.

Jacqueline Wilson to get a Bafta

Jacqueline Wilson plays Hetty vs Tracy: Who is most likely to...?