Here's how these animals are staying fit! 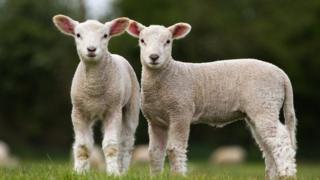 Lots of people have been going out for daily walks or runs over the last few weeks to get some exercise, as many of us have been staying indoors to help limit the spread of the coronavirus.

But it isn't just humans that need to keep moving! Lots of animals have also been getting active in some rather interesting ways.

Check out how these non-humans have been keeping themselves healthy and entertained!

How animals are helping to cheer people up

The animals making themselves at home in the weirdest places

Meet the pets rescued after getting stuck

Lambs on a merry-go-round

This group of adorable little lambs were filmed having an absolutely baa-rilliant time at an empty playground in Preston.

They jumped onto the park's merry-go-round and gave their legs a much-needed workout.

Horses going for a stroll

Horses can often be found at stables or trotting around a yard, but it's not everyday that you can spot one outside your window!

Staff at a pony farm in London have been taking their horses on daily walks to keep them moving and some lucky people have been able to catch a glimpse of the animals as they walk past their houses!

There's been some rather strange activities in Wales recently!

Mountain goats have been wandering the streets of Llandudno, which is a coastal town in the country.

The bleating animals have been seen on roads, chomping on bushes and even chilling in hedges!

Which animals have you seen out and about? Let us know in the comments!