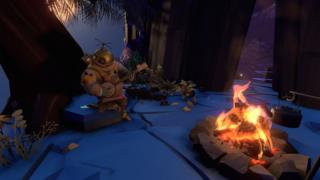 It's one of the most exciting nights in the gaming industry calendar, usually involving a red carpet, glitz and glamour - that's right it's the Bafta Games Awards!

But this year things were a little different.

The ceremony was cancelled due to the ongoing coronavirus pandemic, so the awards took place via a live stream.

Animal Crossing New Horizons is out! Here's all you need to know

What is Outer Wilds? In the game the player explores a distant galaxy under threat from an exploding star.

The writer of the award-winning title, Kelsey Beachum, said: "Word of mouth has been essential in getting people to play the game," and credited the players for the game's success.

It won three awards in total, including best design and original property.

Which other winning games caught our eye? 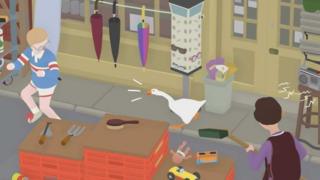 In the game, players control a goose on the loose, who bothers villagers in a quiet English market town. 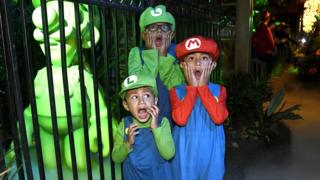 For all you Nintendo Switch fans out there, action-adventure game Luigi's Mansion 3 won the award for Best Animation. 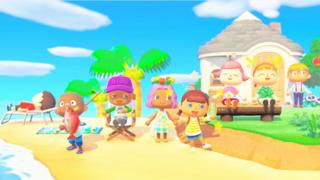 It is thought that while a lot of the world is in lockdown, people are gaming more.

Although it didn't win any awards, Animal Crossing has become the fastest-selling single game in the history of Nintendo's Switch console.

There are reports that streaming sites Twitch and YouTube Gaming have increased viewing figures.

What games are you playing at the moment? Let us know in the comments below.