Clap For Our Carers: How did you celebrate the NHS? 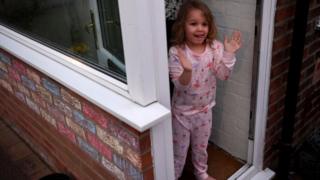 From doctors to nurses, pharmacists to cleaners - health workers are working really hard to look after people who are unwell right now.

So to show them just how much people appreciate what they're doing, thousands of people across the country took part in something called #ClapForOurCarers.

People stood in their gardens, opened their windows and went out on to their balconies for a massive round of applause on Thursday 2 April - many also took part in the first one, on 26 March.

Here are some of the ways it was celebrated. Let us know in the comments if you took part!

Other ways people are saying thank you

The girl collecting Easter eggs for the NHS

Can you spot your rainbow picture in our gallery? 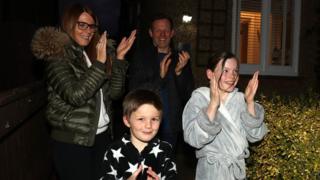 This family in Northampton stood outside of their house to clap for NHS staff and other key workers.

Other people clapped from their gardens and balconies 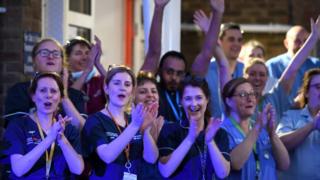 This group of NHS staff at Dorset County Hospital clapped for their colleagues.

They stood outside of the emergency department to show appreciation for their fellow workers. 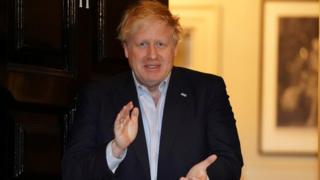 Despite still having mild symptoms for coronavirus, Prime Minister Boris Johnson stood outside of his home in Downing Street to applaud the NHS.

On social media he said: "Thank you to the NHS and all of our critical workers for all you are doing to fight #coronavirus. You really are an inspiration. #ClapForOurCarers #ThankYouThursday #ClapForKeyWorkers" 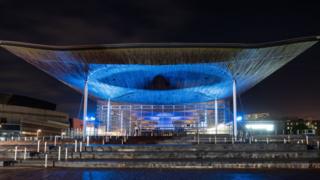 Lots of places and buildings found a way to turn blue to show their appreciation.

The Senedd building in Wales lit up in blue at night in support of #ClapForOurCarers.

Other places like Windsor Castle and the London Eye were also lit in the same colour. 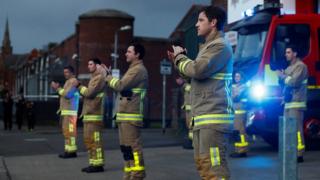 These firefighters at Cagdogan Fire Station stood in a line to support the NHS.

The team in Belfast also turned the lights on their engines to show respect.

And it's not just in the UK, here's the New York Fire Department showing their appreciation to staff at Mount Sinai Hospital in New York, USA. 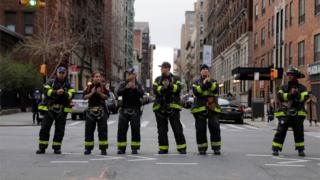 And there have been other ways of joining in besides clapping.

Here's 12-year-old George who's a piper, playing outside his neighbours house in Belfast. 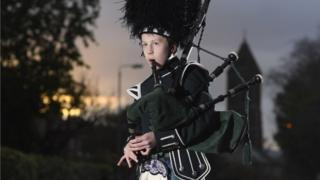 Lots of stars of the stage, screen and sports joined a special campaign on social media to say thank you to the NHS by making videos and holding up signs. 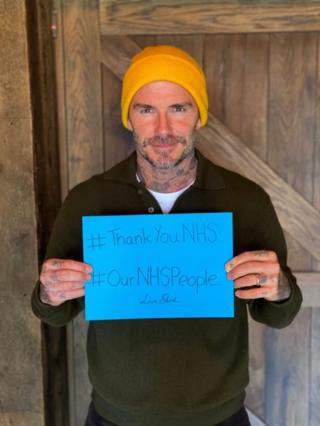 Coronavirus: The girl collecting Easter eggs for the NHS