Meet these amazing new peacock spiders which have been discovered in Australia.

They have been described for the first time by Joseph Schubert, a 22-year-old peacock spider specialist.

He has now written about 15% of all descriptions of peacock spiders, ever!

The new spider named after a Star Wars character

Amazing rare spiders: Which is the coolest?

Joseph wrote about the new spiders in the journal Zootaxa, where he described their amazing colours and patterns.

He told the BBC that his favourite of the species is the Maratus constellatus. 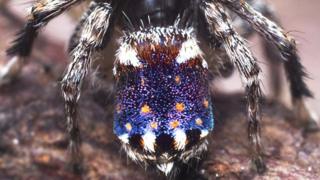 Joseph Schubert
This is the Maratus constellatus. His name, constellatus, like constellation, is because his pattern looks like the painting like Starry Night by van Gogh.

"I ventured all the way to Kalbarri to find this species which is about a seven-hour drive north of Perth. The patterns on the abdomen to me just look so much like Starry Night by van Gogh, hence the name constellatus which means starry in Latin," he told the BBC. 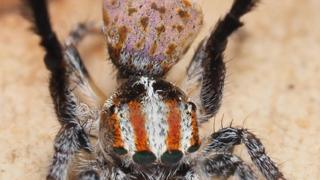 Joseph Schubert
This guy's the Maratus suae: The male spiders have all the exotic colours.

He also explained that many of the spiders are, "named after the people who had discovered them.

"A lot of the species are actually discovered by citizen scientists."

Excitingly for spider-spotters out there, expert spider-finder Joseph said "there are more out there to be found." 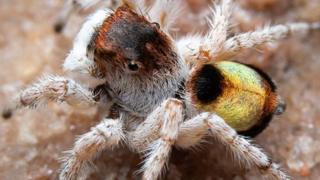 Nick Volpe
These are the Maratus volpei - there are now 85 species of peacock spider, that we know of.

Peacock spiders are a little tricky to find - they are about the size of a grain of rice. Also, it is only the males who have these amazing designs as they want to attract the females of the species. 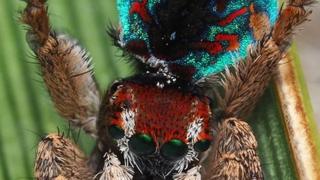 Joseph Schubert
Meet the Maratus laurenae: These peacock spiders are tiny, they're just a few milimetres in length. 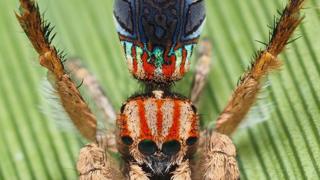 Joseph Schubert
This guy is the Maratus azureus: It's common for the male spiders to wave their third pair of legs to attract female spiders.

What do you think of these amazing animal patterns? Let us know in the comments.

Rare amazing spiders: Which is the coolest?